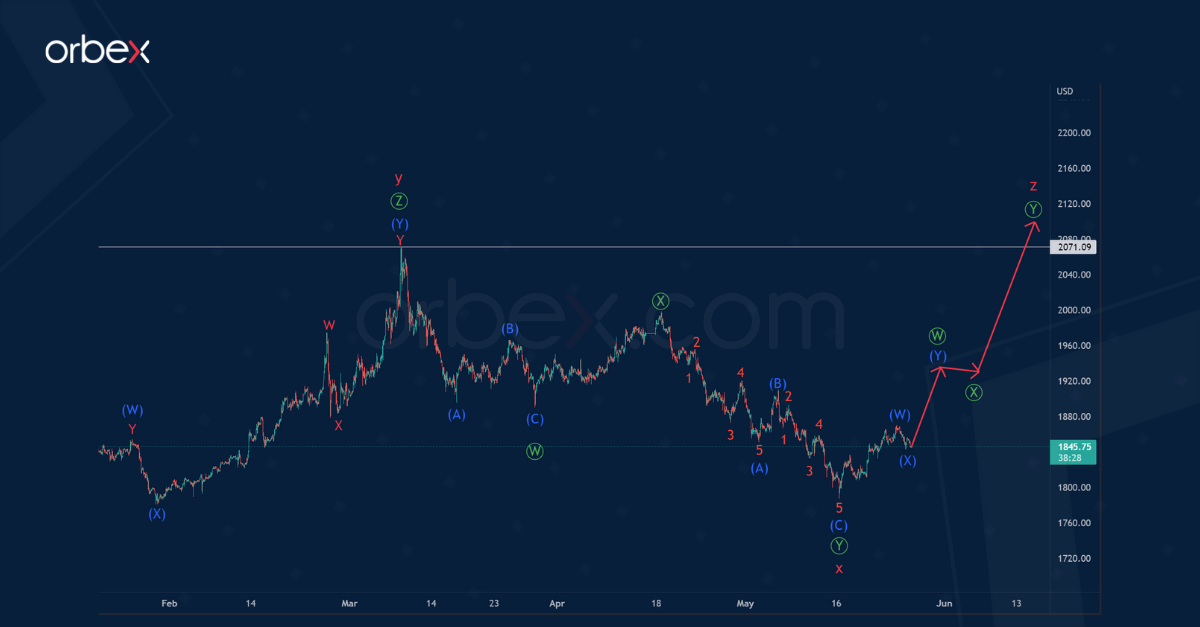 XAUUSD is forming a global corrective trend which takes the form of a cycle triple zigzag.

On the 1H timeframe, we see the final part of the completed actionary wave y in the form of a triple zigzag Ⓦ-Ⓧ-Ⓨ-Ⓧ-Ⓩ of the primary degree. Also the internal structure of the bearish cycle intervening wave x is visible. This took the form of a primary double zigzag Ⓦ-Ⓧ-Ⓨ.

The price of gold in the wave z could rise to the previous maximum of 2071.09, or even higher.

Fed Williams: It’s a slowdown that we need, not a recession 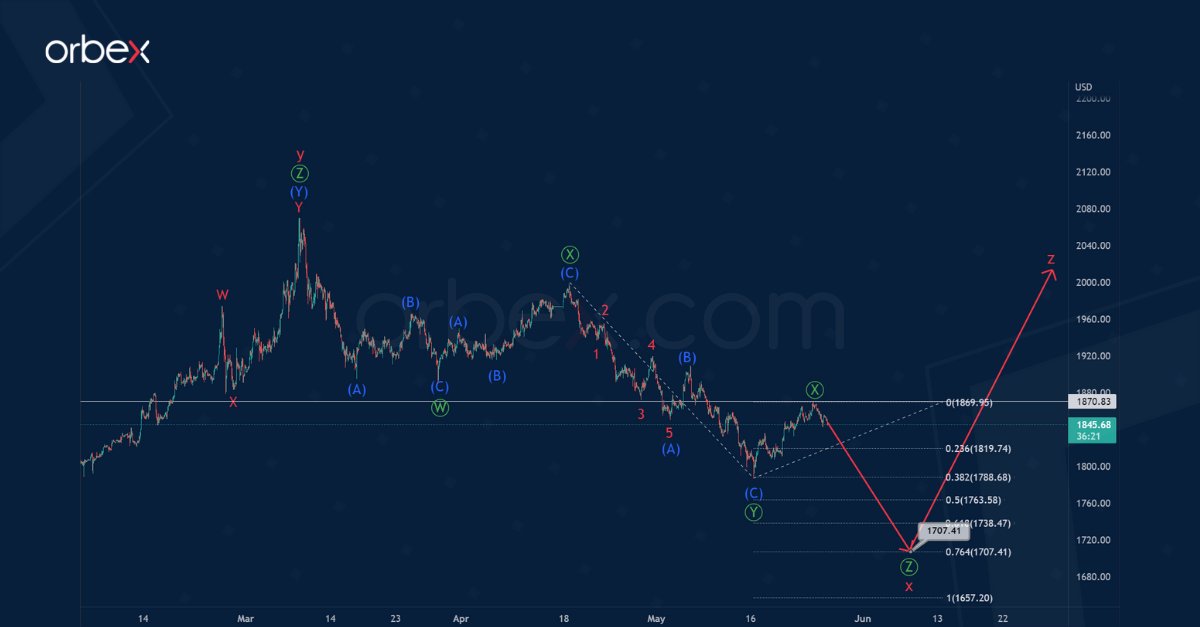 Alternatively, we can expect the continuation of the downward price movement in the cycle wave x. Perhaps wave x will not be a double, but a triple zigzag Ⓦ-Ⓧ-Ⓨ-Ⓧ-Ⓩ.

At the level of 1870.83, the second intervening wave Ⓧ of the primary degree could end. Therefore, if this scenario is confirmed, the formation of the final actionary wave Ⓩ is likely in the near future.

The British Pound’s weakness harks back to the dark days of the late 1960s...