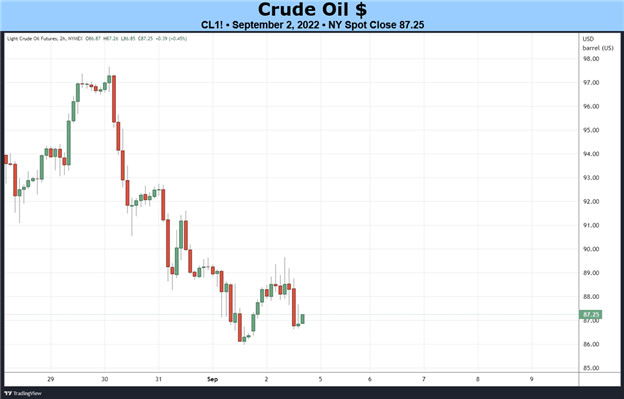 A torrent of conflicting headlines and mixed economic data continue to wreak havoc on global energy markets. The sharp decline in European natural gas prices – Dutch TTF was down -38.05% on the week while UK nat gas fell by -41.76% – helped alleviate speculation around short-term supply-demand imbalance, whereby Brent and crude oil would be seen as substitutes in the face of exorbitant prices. Crude oil prices dropped by -6.65% while Brent oil prices slipped -1.65%.

There remain a plethora of factors that are feeding into volatility across energy markets. The week started with news that European Union countries, especially Germany, are refilling their gas inventories quicker than expected ahead of the winter months. But with G7 countries agreeing to an oil price cap against Russia as the next step in sanctions for the invasion of Ukraine, Russia announced that Nordstream 1 would be offline indefinitely.

Elsewhere, the latest weekly data suggested that implied gasoline demand in the United States is falling, a sign that the Federal Reserve’s efforts to tamp down aggregate demand within the economy are working.

Out of the Middle East, news reports continue to suggest that a new Iranian nuclear deal remains close. Accordingly, OPEC+ remains likely to announce a production cut when it meets later this month as a way to help reduce volatility across energy markets – and ultimately prop up prices. In Asia, China’s latest zero-COVID lockdowns are leading to speculation that energy demand will remain depressed for the world’s second largest economy.

It remains the case that there are several stories unfolding in the energy space that should keep volatility elevated across energy markets, none of which are likely to find any permanent resolution anytime soon.

The first full week of September sees a more saturated economic calendar as the summer unofficially comes to an end. As is the case every week, and particularly of recent, mid-week energy inventories figures should prove among the most impactful for crude oil prices – beyond the headlines du jour. 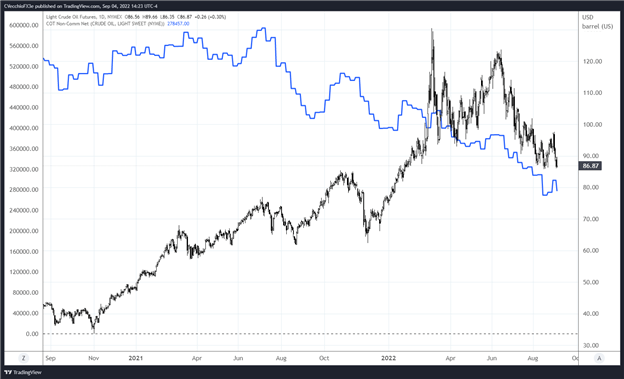 The Crypto Market Has Chosen the Downward Path

Next, a look at positioning in the futures market. According to the CFTC’s COT data, for the week ended August 30, speculators decreased their net-long oil futures position to 278,457 contracts, down from the 298,426 net-long contracts held in the week prior. Net-long positioning in the futures market remains near its yearly low, and its lowest level since August 2016. 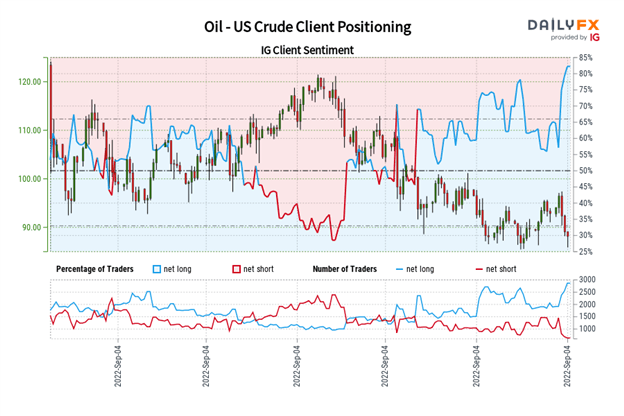 We typically take a contrarian view to crowd sentiment, and the fact traders are net-long suggests Oil – US Crude prices may continue to fall.

Positioning is less net-long than yesterday but more net-long from last week. The combination of current sentiment and recent changes gives us a further mixed Oil – US Crude trading bias.