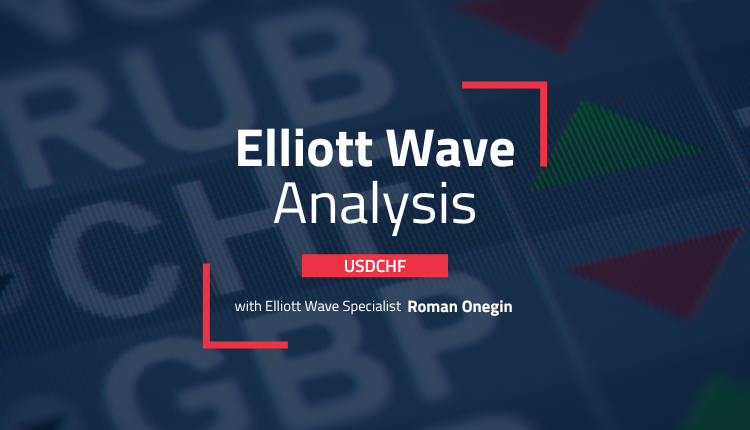 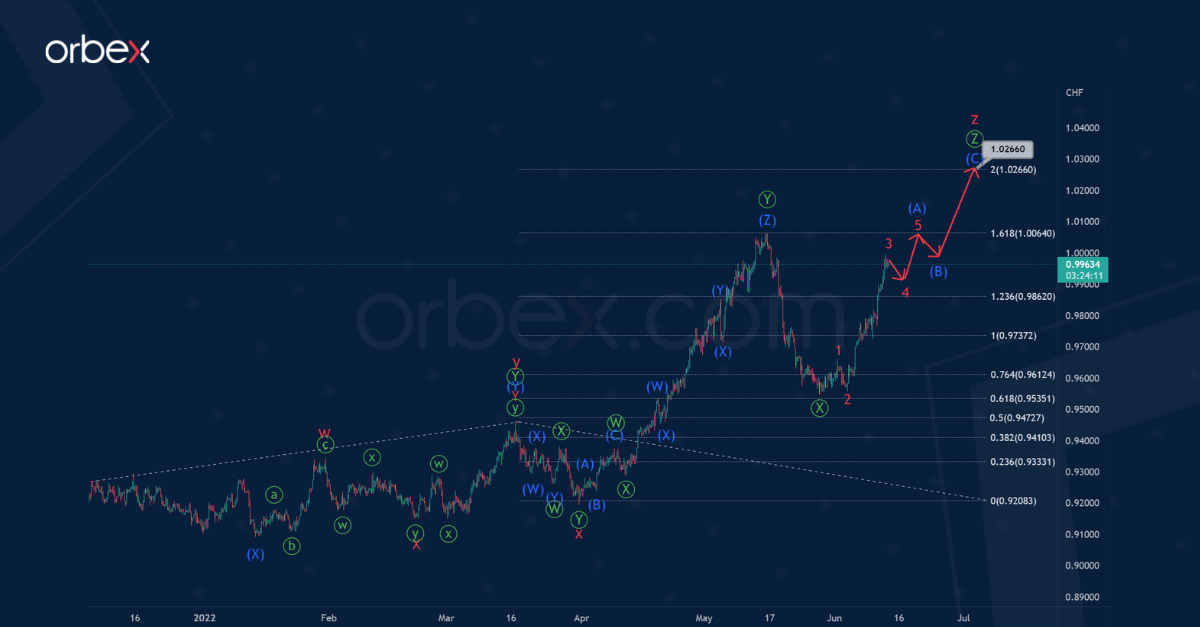 The 1H timeframe for the USDCHF currency shows the final part of a large triple zigzag consisting of cycle sub-waves w-x-y-x-z.

Currently, there is a development of the actionary wave z of the cycle degree. The wave z most likely takes the form of a triple zigzag Ⓦ-Ⓧ-Ⓨ-Ⓧ-Ⓩ of the primary degree.

It is likely that the development of the primary intervening wave Ⓧ has ended. In which the price significantly decreased. Then the impulse moved higher in the first part of the actionary wave Ⓩ.

In the near future, the development of the final wave Ⓩ is likely in the form of a standard intermediate zigzag to 1.026. At that level, cycle wave z will be at 200% of previous actionary wave y. 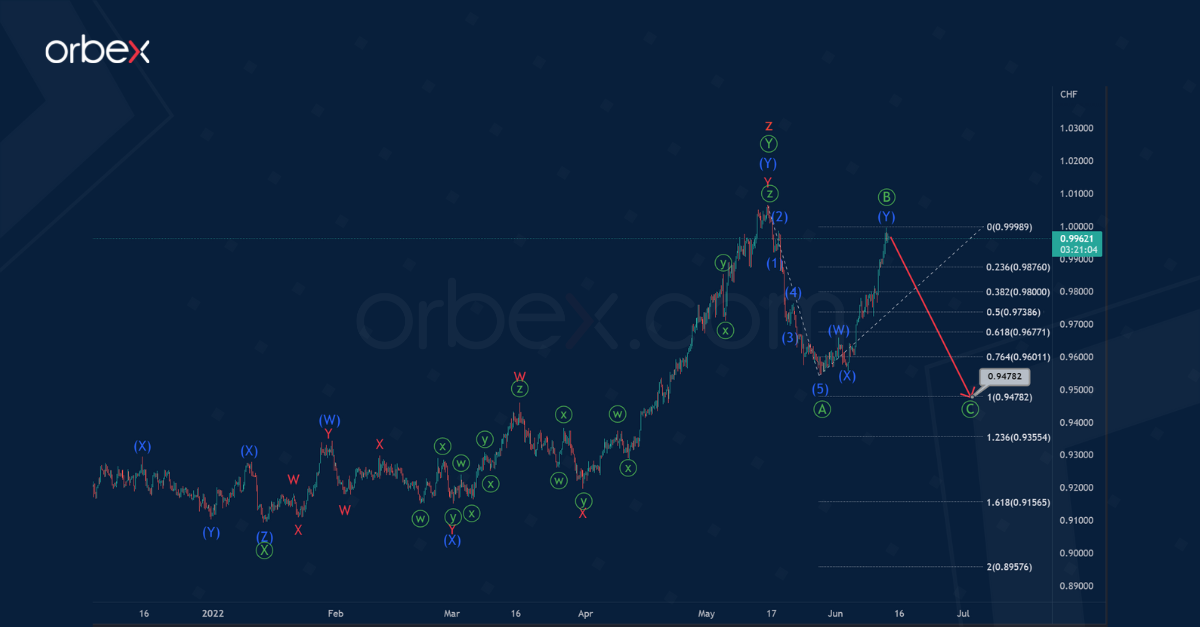 What Is The Restricted Fund?

In the last section of the chart, a zigzag Ⓐ–Ⓑ-Ⓒ pattern is being formed in the market. Waves Ⓐ and Ⓑ have ended.

In the near future, the development of the primary impulse wave Ⓒ is likely. It could end at the price level of 0.947, where it will be equal to the first impulse wave Ⓐ.

Roman is a seasoned analyst who has been studying the financial markets since 2008, specializing in various types of technical analysis. Since 2012, his main focus has been Elliott Wave analysis, a skill he has perfected thanks to years of research and practice as an active EW trader.

Central Banks on the move!