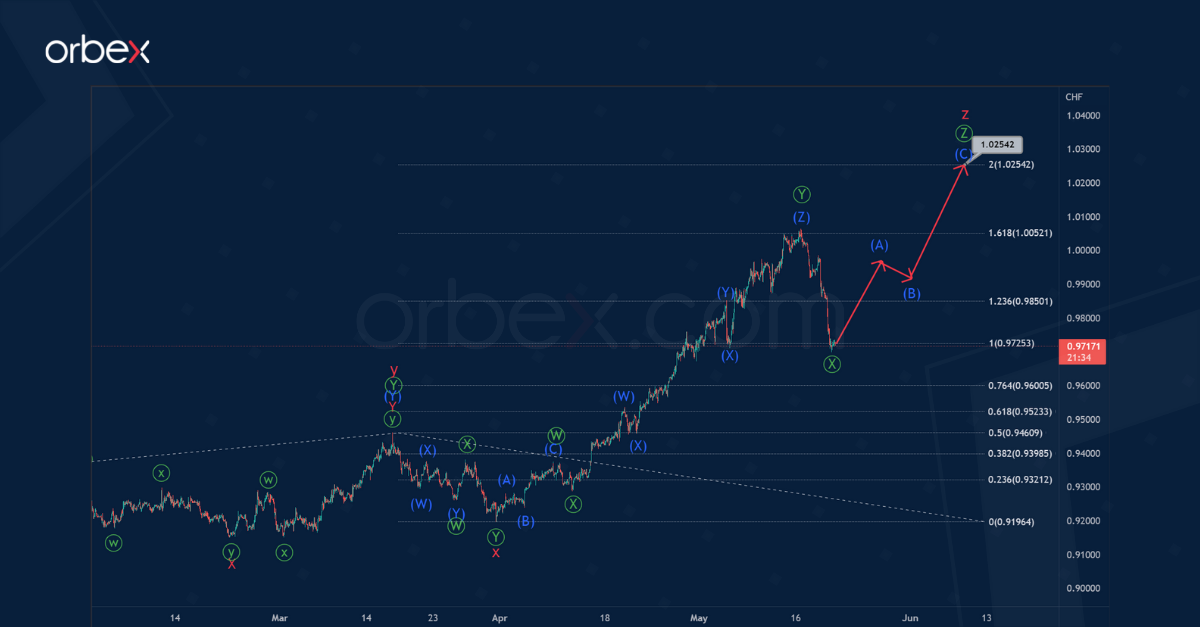 Currently, there is a development of the actionary wave z of the cycle degree. Wave z will most likely take the form of a triple zigzag Ⓦ-Ⓧ-Ⓨ-Ⓧ-Ⓩ of the primary degree.

It seems that the development of the primary intervening wave Ⓧ has come to an end. Within which prices significantly decreased.

In the near future, the final wave Ⓩ is likely to be a standard intermediate zigzag. This can reach  the price level of 1.025. At that level, cycle wave z will be at 200% of previous actionary wave y. 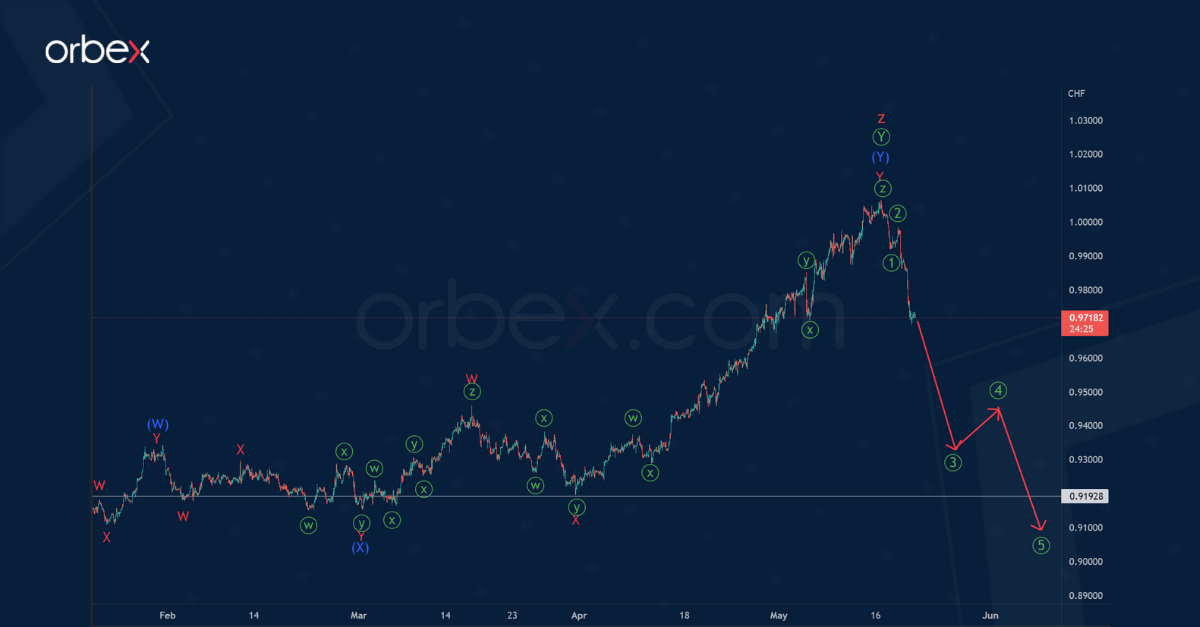 In the last section of the chart, we observe a downward movement of prices. This could indicate the beginning of the development of a new bearish impulse ①-②-③-④-⑤.

The chart shows an approximate scheme of possible future price movement. Most likely, in the near future, the pair will move towards the minimum of 0.919.

Test your strategy on how the CHF will fare with Orbex – Open Your Account Now.

Oil Rallies but is Correction Looming?

How to Install an EA in MT4