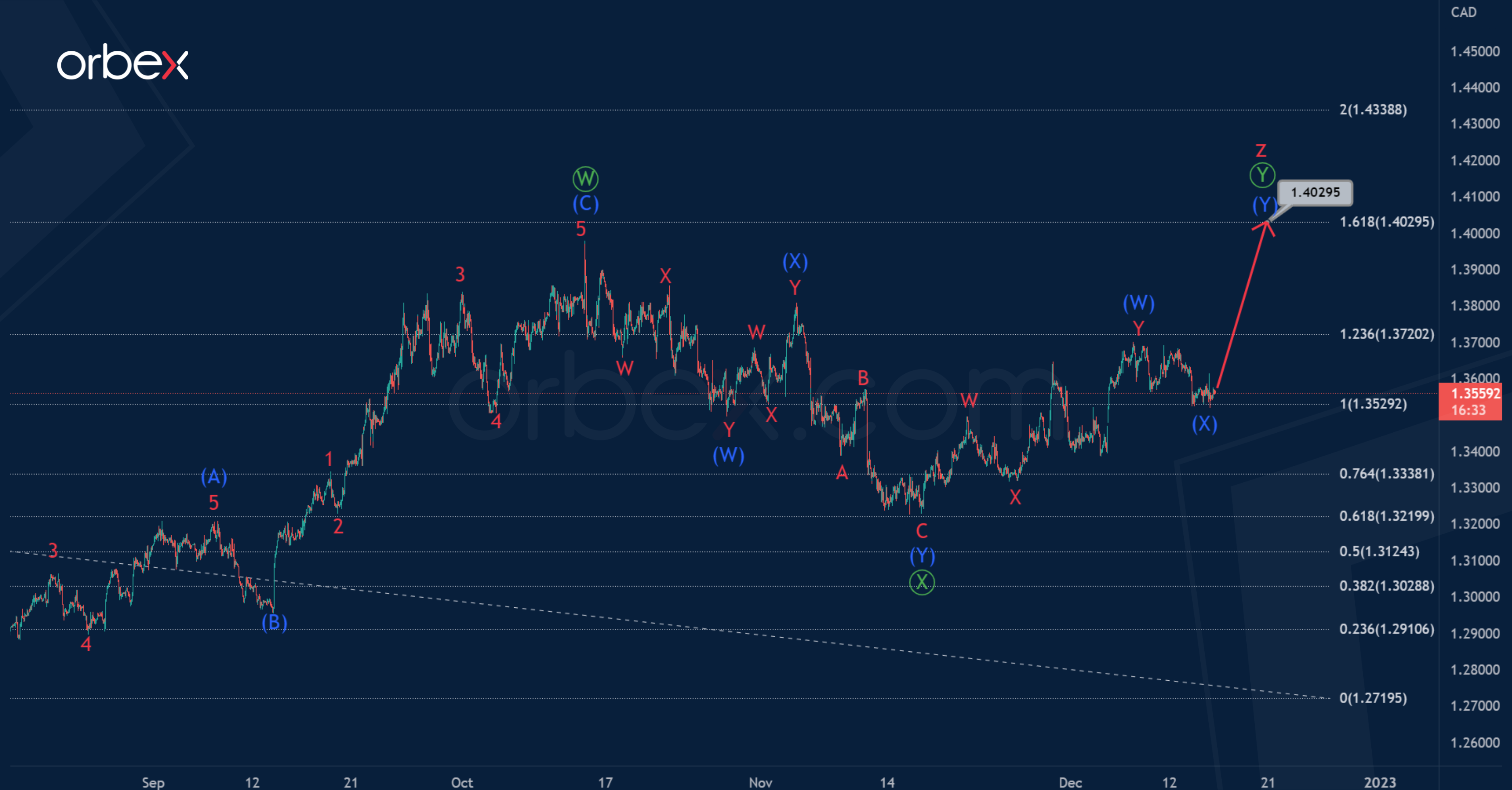 The USDCAD current timeframe illustrates the internal structure and function of a large correctional pattern, which is similar to a three-zigzag cycle w–x-y–x-z.

The final wave z takes the form of a primary double zigzag Ⓦ-Ⓧ-Ⓨ, where the sub-waves Ⓦ-Ⓧ have ended.

Thus, the last actionary primary wave Ⓨ could be in the process of construction at the moment. 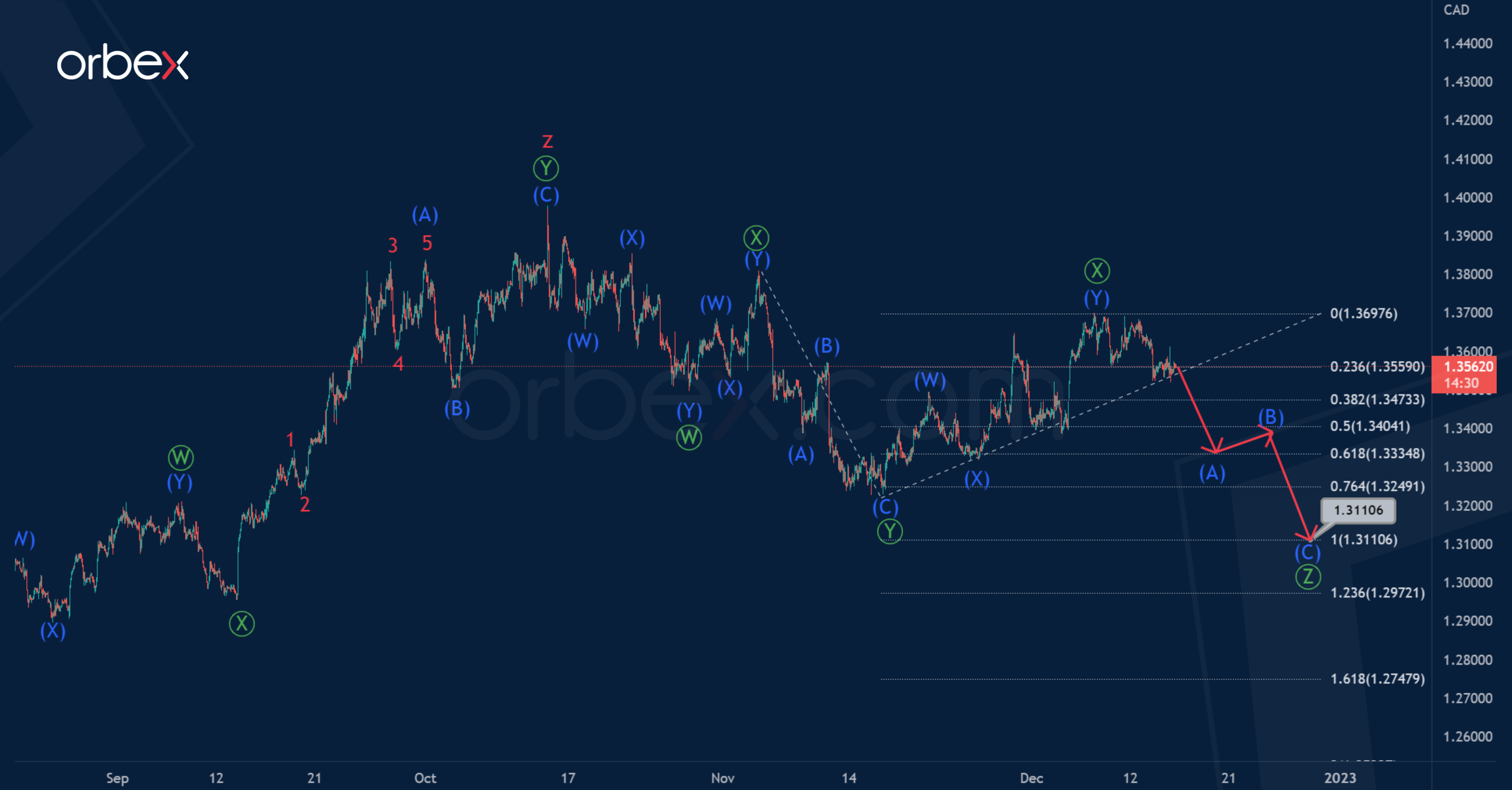 Why Oil Costs Have Been All Over the Position

An alternative view is that the formation a triple-zigzag cycle could be complete. We could now see the first part of a bearish trend being constructed.

Now, the construction of a primary triple zigzag Ⓦ-Ⓧ-Ⓨ-Ⓧ-Ⓩ is beginning in a larger correction pattern.

It is likely that the primary waves Ⓦ-Ⓧ-Ⓨ-Ⓧ have already been built.

In the near future, the formation of a bearish primary wave Ⓩ could take the standard zigzag shape (A)-(B)-(C) and end near 1.311. At that level, it will be equal to primary wave Ⓩ.

The Analytical Overview Of the Main Currency Pairs for 2022.11.15

What is the Sandbox?