As for the USD/CHF pair, from the point of view of the monetary policies of the Fed and the National Bank of Switzerland, at the meeting on June 14-15, the Fed will most likely raise interest rates by 0.50% to 1.5%. The SNB meeting will take place a day later, on June 16.

According to the leaders of the SNB, the exchange rate of the franc remains too high. The SNB regularly says that the franc “remains heavily overvalued” and the bank “will take appropriate action if necessary.”

While the franc retains safe-haven status, which will continue to support demand for it, the threat of foreign exchange intervention, which the Swiss National Bank has not reported either before or after, is certainly a strong deterrent for the strengthening of the franc.

However, if this time the SNB leaders’ rhetoric changes in a tough direction, the franc may react with an increase in quotations, including against the dollar.

In the meantime, despite the decline, the long-term upward dynamics of USD/CHF remains. If the SNB reaffirms its inclination to maintain an extra-soft policy, then we should expect a resumption of growth in USD/CHF.

From a technical point of view, USD/CHF has reached important support levels of 0.9615, 0.9595, from which a rebound and resumption of growth is already possible. Although, the fundamental background may make its own adjustments, pushing the pair even deeper (for more details, see “USD/CHF: technical analysis and trading recommendations for 05/26/2022“). 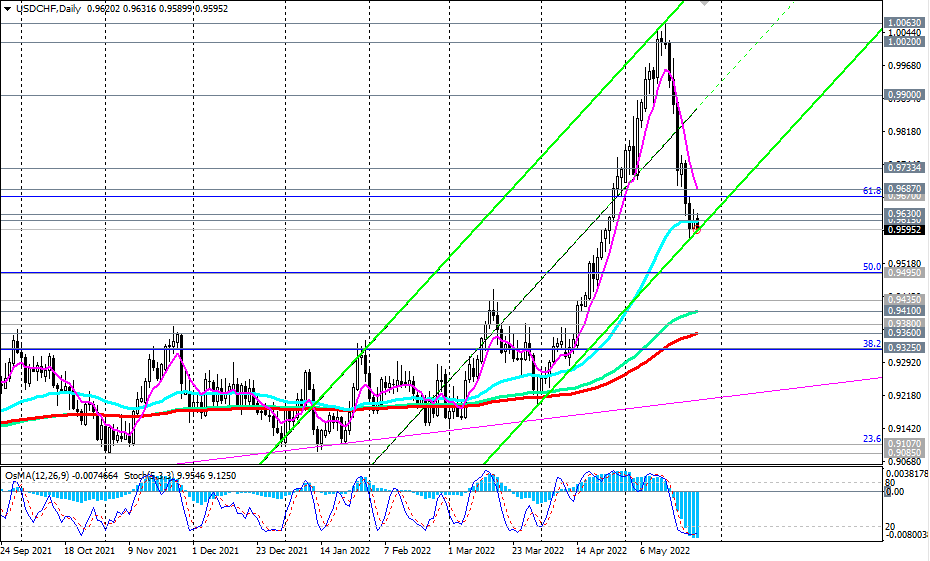 ***) promotion in InstaForex “Happy deposit”: do not miss the opportunity to get your $9000. Promotion terms  HERE!

GBP/USD Price Fails to Hold 1.22 Despite Mixed US Data