The US dollar weakens and the Canadian dollar strengthens, also receiving support from rising oil prices and ignoring yesterday’s report from the National Bureau of Statistics of Canada, according to which in March retail sales remained almost unchanged compared to the previous month, at 60.09 billion Canadian dollars. Growth was nil after a +0.2% gain in February, although economists had expected a +1.4% rise in sales. In physical terms (adjusted for inflation), sales in March fell by 1.0%.

April inflation data, released earlier this month, all but guarantees that the Bank of Canada will raise its key rate by half a percentage point at the end of its meeting on June 1, economists say, and the Bank of Canada, in their opinion, has considerable room to maneuver in raising interest rates. rates. This is a strong fundamental factor that stimulates the growth of quotations of the Canadian dollar, in addition to rising oil prices. As you know, Canada is the largest producer and exporter of oil.

Today, market participants will study the statistics on personal income and expenses of US citizens for April (its publication is scheduled for 12:30 GMT). The next increase in indicators is expected at +0.5% and +0.7%, respectively, in April, after rising +0.5% and +1.1% in March.

As for the Core Personal Consumption Expenditure Price Index (Core PCE) for April, the index is expected to rise by +0.3%. The data may show an easing in price pressures, but it’s too early to talk about a reversal in inflation, economists say.

It is likely that volatility in USD and USD/CAD quotes will increase during this time period, however, it will decrease towards the end of the day, the last trading day of the last full trading week in May (the next week will be a transitional week between May and June). Everything goes to the fact that the US dollar will end this week, as well as the previous one, on a negative note, with a significant decline.

Stocks are trading higher in Europe, with Real Estate and Tech shares driving almost all benchmarks in the green LeapRate

**) promotion in InstaForex “Happy deposit”: do not miss the opportunity to get your $9000. Promotion terms  HERE! 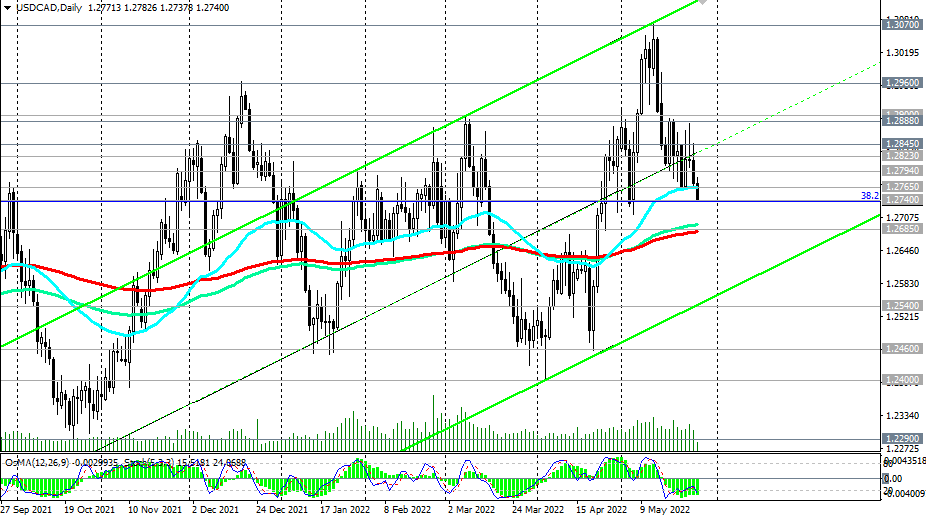