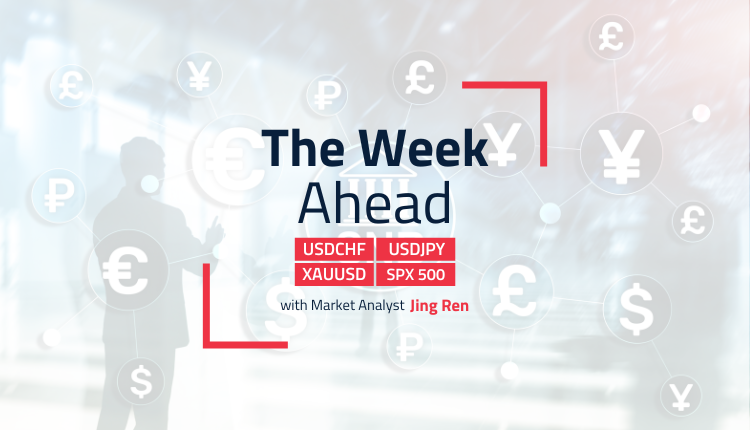 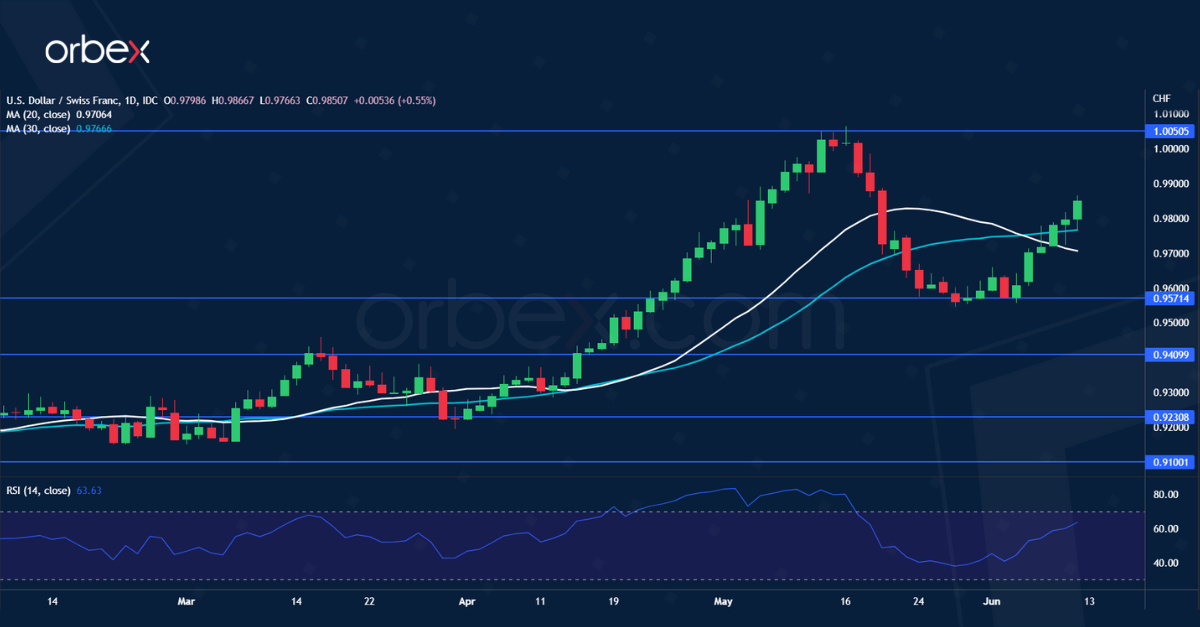 The US dollar strengthens as the Fed meets this week. Volatility is expected as both central banks are set to roll out their latest policy guidance. While the US Fed would reinforce the market’s positioning in regard to its aggressive tightening, surprise could come from the Alpine side. Swiss prices increased in May by their highest level in nearly 14 years. Economic fundamentals with a low unemployment rate could give the Swiss National Bank leeway to abandon negative interest rates. If the SNB decides to go along with the global trend of normalisation, the pair may face stiff selling pressure around 1.0050. 0.9570 is a fresh support. 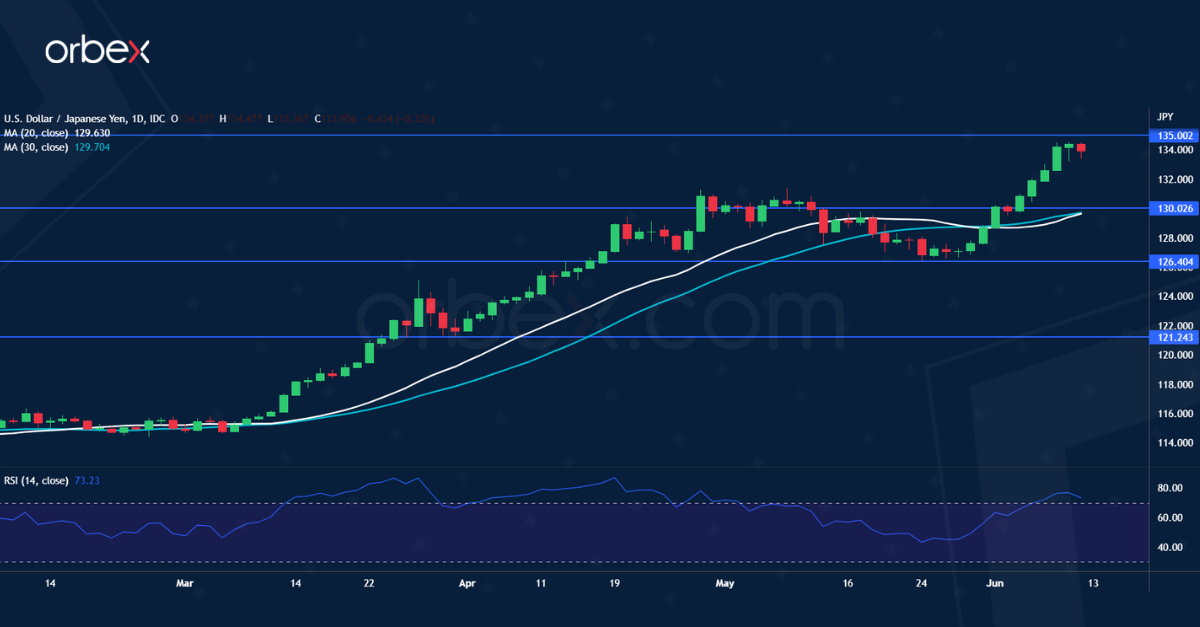 The yen continues to weaken as the Bank of Japan may vow to keep its policy loose. Governor Haruhiko Kuroda has previously reiterated his commitment to the status quo. A weak Japanese yen is a double-edged sword as it would boost exports and corporate profits at the expense of living costs. The central bank seems to have chosen growth over inflation. However, price pressure remains relatively low by western standards, and policymakers might still afford to maintain their monetary stimulus. The greenback has reached its 20-year high (135.00) against the yen. A pullback may seek support around 130.00. 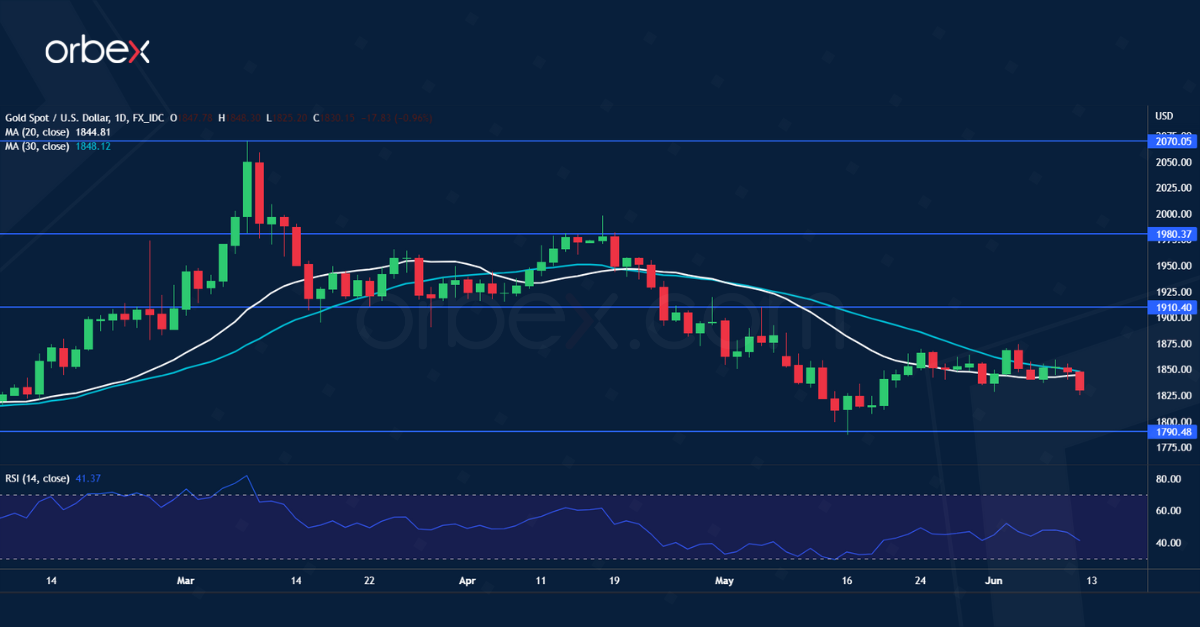 Bullion steadies ahead of the Fed meeting this week. As the Fed policy became the main driving force of global markets, gold has seen strong negative correlation to the US dollar. The current pullback to this year’s lows has attracted a number of bargain hunters. However, a lack of headline catalyst lately has sent the price action into a narrow range. Hopes that inflation may have peaked could dictate the next move. Should the Federal Reserve steer the economy to a soft landing, the precious metal may shine against the dollar once again. 1790 remains a critical floor and a break above 1910 may extend the recovery. 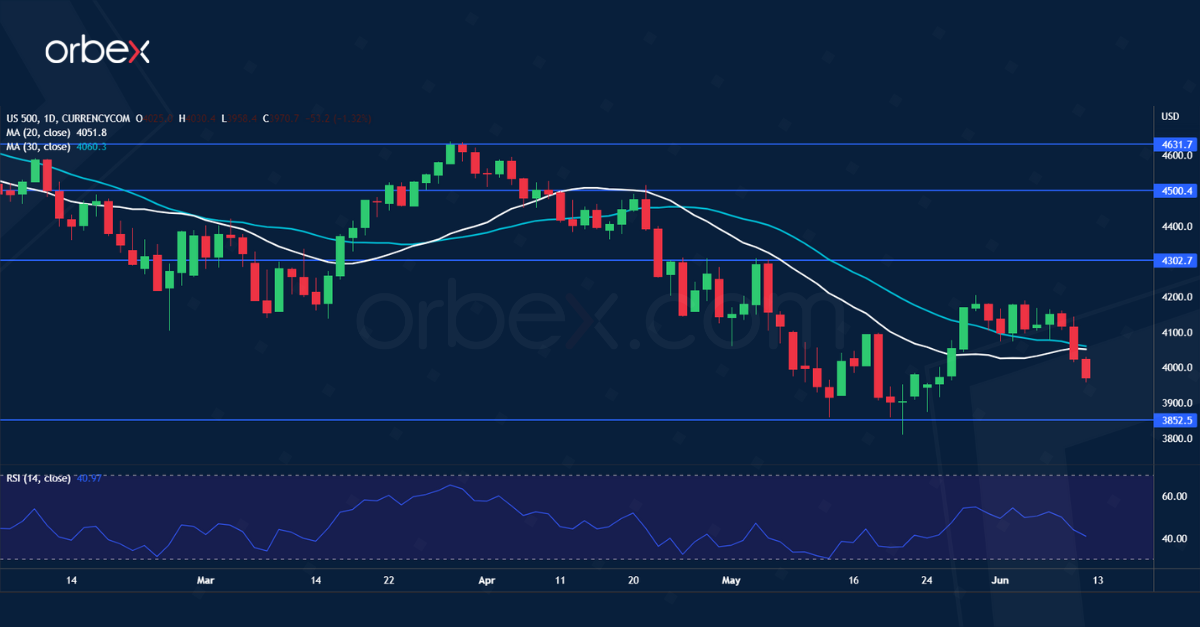 The S&P 500 came under pressure as US inflation remained stubbornly elevated. Against the backdrop of aggressive tightening, smart money has mostly been rotated into financial and energy stocks, leaving growth sectors vulnerable to another bloodbath. Weakness in big names like Apple and Amazon could further erode the market’s confidence. As retail investors continue to keep faith and buy dips, everyone is talking about capitulation which is yet to materialise. 4300 is a hard resistance to crack. A fall below 3850 would turn the recent rebound into a dead cat bounce.

Bulls Out of Steam Below 0.72, Eying Aus Retail Sales