The US dollar index looks set to close the current week in the red, having reached its highest level in almost two decades, in the previous week. Amidst a clear tilt towards risk aversion in the financial markets, triggered by the Fed’s resolute move to tighten monetary policies in the face of the highest inflation levels in decades, it is normal that the US dollar is outperforming its peers. Therefore, most will not interpret this week’s losses as a reversal in the ongoing trend, rather as a correction that is to be expected after the steep climb of the last few weeks. Overall conditions, such as the uncertainty regarding growth prospects for the global economy, and the asymmetry between the Federal Reserve’s commitment to tightening and the tentativeness of its peers, should create scope for further dollar gains. 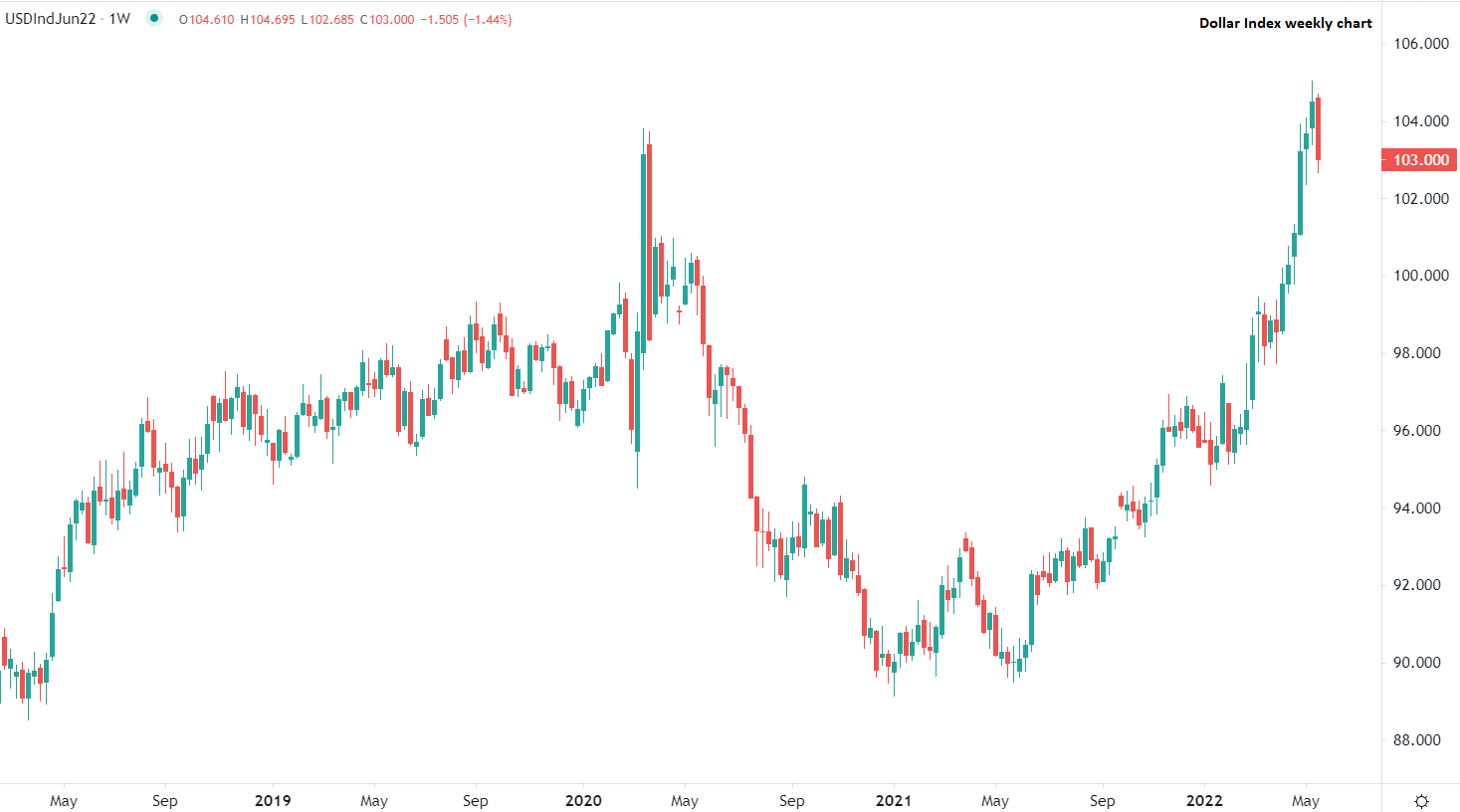 Markets surged higher everywhere from Asian shares to US Futures contracts on Friday, mostly led by Utilities and the Energy sector, as investors welcomed reassuring major monetary news from Beijing. The “Risk-on” trading mood has registered a solid rebound during the last couple of hours as traders cheered the significantly dovish monetary decision from China after the PBoC cut one of the key interest rates by a record amount. This will provide a fresh boost to the economy, helping small businesses and mitigate the negative impacts of lockdowns in the world’s second-largest economy. This move significantly contrasts with the lingering inflation and recession risks in Western economies, where an increasing number of market operators and analysts are questioning the policies of Central Bank. In Europe, London registers one of the best performances so far as the FTSE-100 index is now trading well above the 7,400.0pts level, boosted by this morning’s retail sales figures that topped estimates despite the recent record 9% inflation print. No major news is expected for the end of the week, but volatility will still be on the rise due to a triple-witching day where many options and future contracts expire.

Powell: Intention is a soft landing but path has gotten more and more challenging