The euro is back to below parity with the US dollar during early Thursday trading. The single currency continues to languish relative to the greenback despite the 75-basis points rate hike earlier this month, and the growing belief amongst traders that the ECB will repeat the move in October. The scenario in Europe remains challenging, with a lingering energy crisis that is generating pessimism over the region’s economic prospects. Meanwhile, on the other side of the Atlantic, the Federal Reserve remains strongly committed to curbing inflation, and its resolve may even have increased after the release of US CPI data earlier this week, which read higher than predicted. Some analysts now expect the announcement of a full percentage point rate hike when central bank officials meet next week. Against this background, there may be scope for further dollar gains in relation to the single currency. 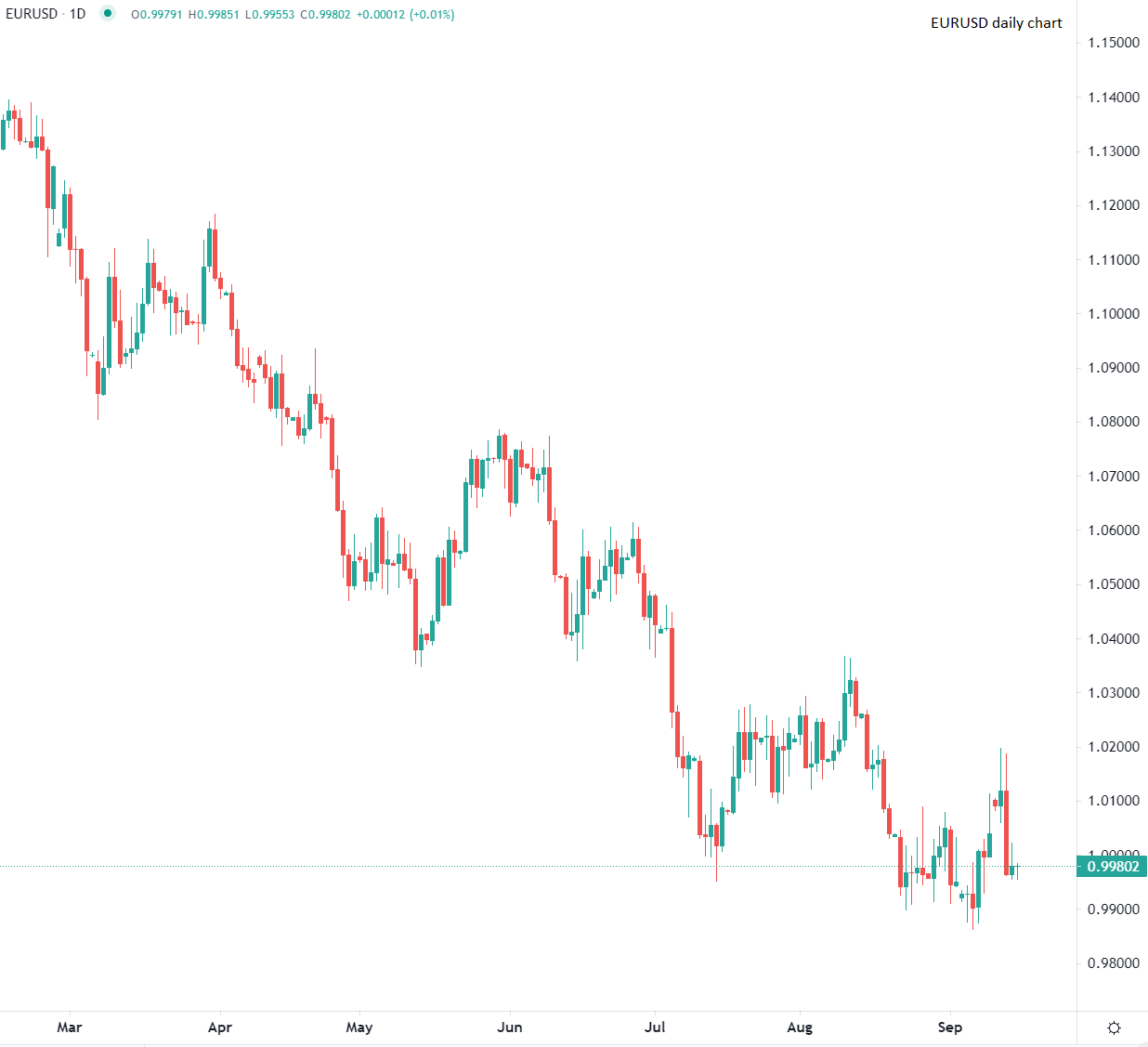 Markets seem torn between a bearish sentiment on one hand, supported by lingering macro threats in a tighter liquidity environment, and dip buyers on the other who continue to bet on the inflation peak.

Technically speaking, the mood remains clearly bearish since the last US CPI print – on the short-term at least.

Most benchmarks aren’t registering strong and significant bullish correction following last Tuesday’s sell-off, but continue to trade sideways in a volatile manner, which highlights the “wait and see” situation ahead of today’s new batch of US data, tomorrow’s EU CPI report and next week’s Fed decision on rates.

The Stoxx-50 index is at the contact of its first resistance level (23.6% Fibonacci ratio, EMA 13 and 21) while the MACD indicator underlines a lingering bearish pressure and the RSI has already announced a downside break-out. That said, unless prices manage to clear the 3,575pts/3,585pts zone, a retreat towards 3,535pts and 3,520pts will remain as the most likely scenario.