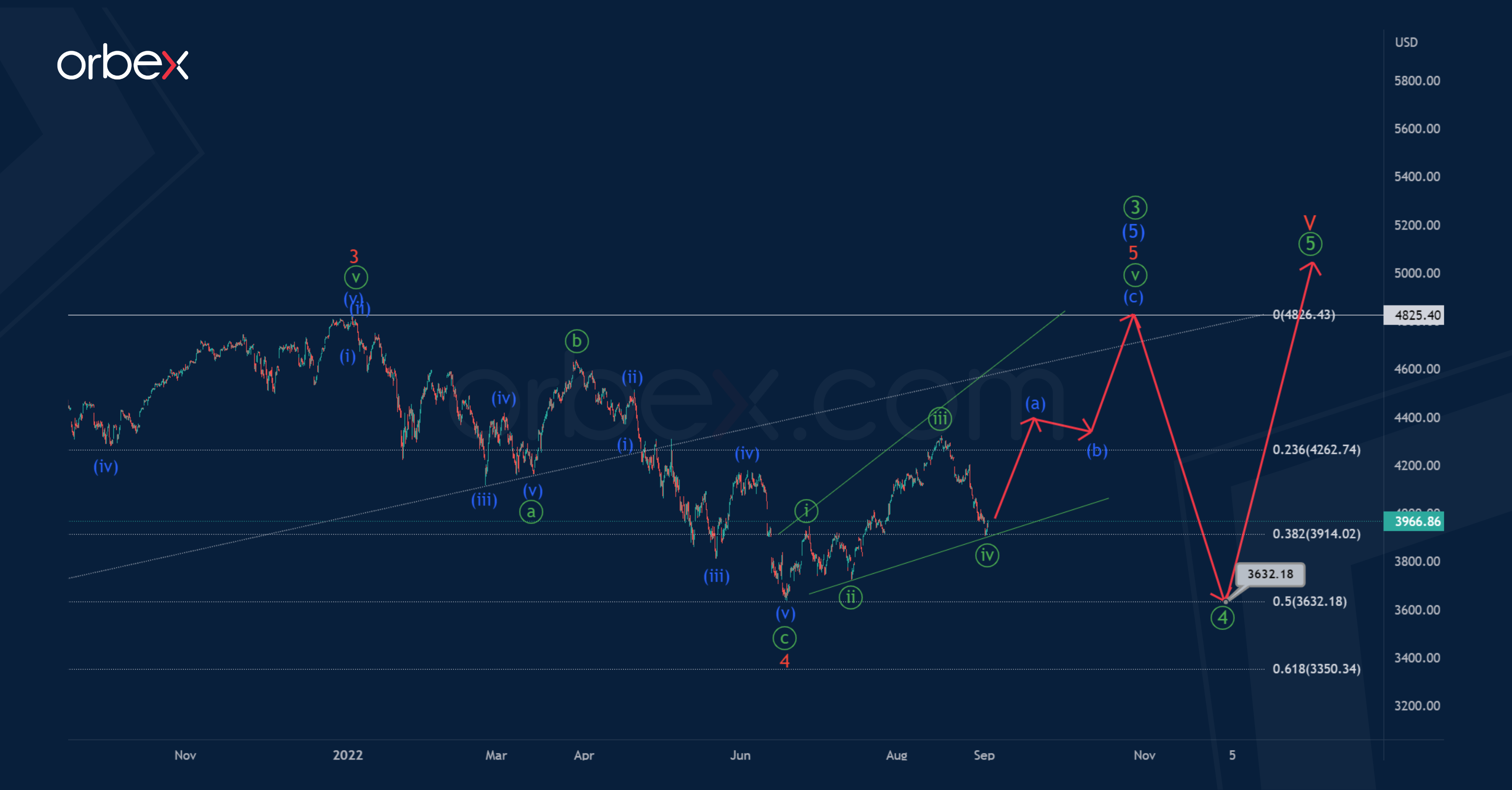 The SPX500 index continues the development of a major impulse trend.

Most likely, the primary wave ③, which is part of the cycle impulse V, is currently under development. It is a bullish impulse with intermediate sub-waves (1)-(2)-(3)-(4)-(5). The construction of the last minor sub-wave 5 is likely as an ending diagonal.

It is likely that the price in the minor wave 5 will continue to rise to the level of 4825.40, which marked the minor impulse 3.

After the completion of the bullish primary impulse, prices could fall in the correction wave ④ of the primary degree approximately to 3632.18. At that level, correction will be at 50% of previous impulse. 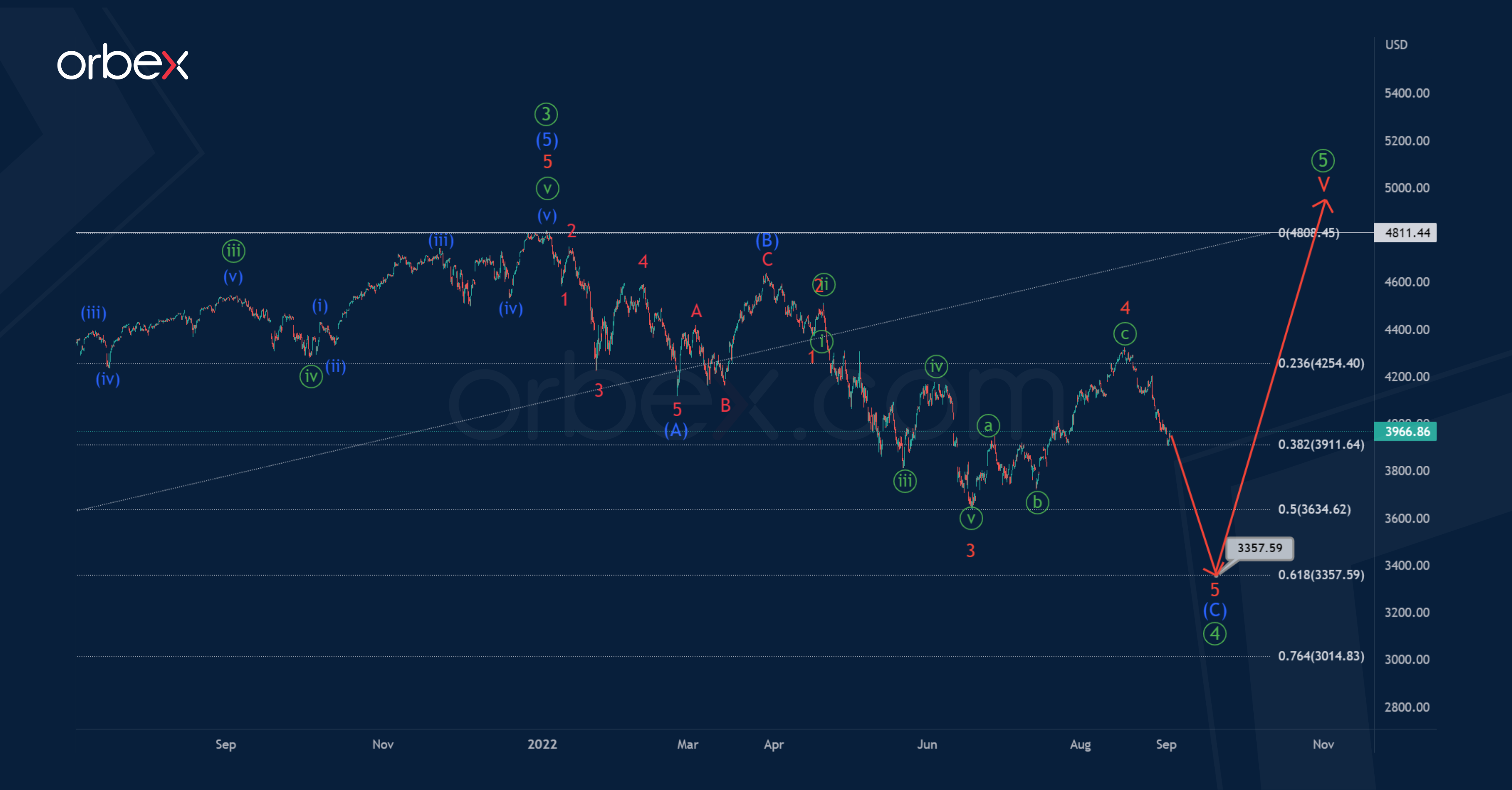 In an alternative scenario, the formation of the impulse wave ③ ended, then the decline began.

In the last section of the chart, we can notice an intermediate zigzag (A)-(B)-(C), which forms the primary correction ④.

Test your strategy on how SPX500 will fare with Orbex – Open your account now.

What Is Keeping the European Markets Near the Flat Line?