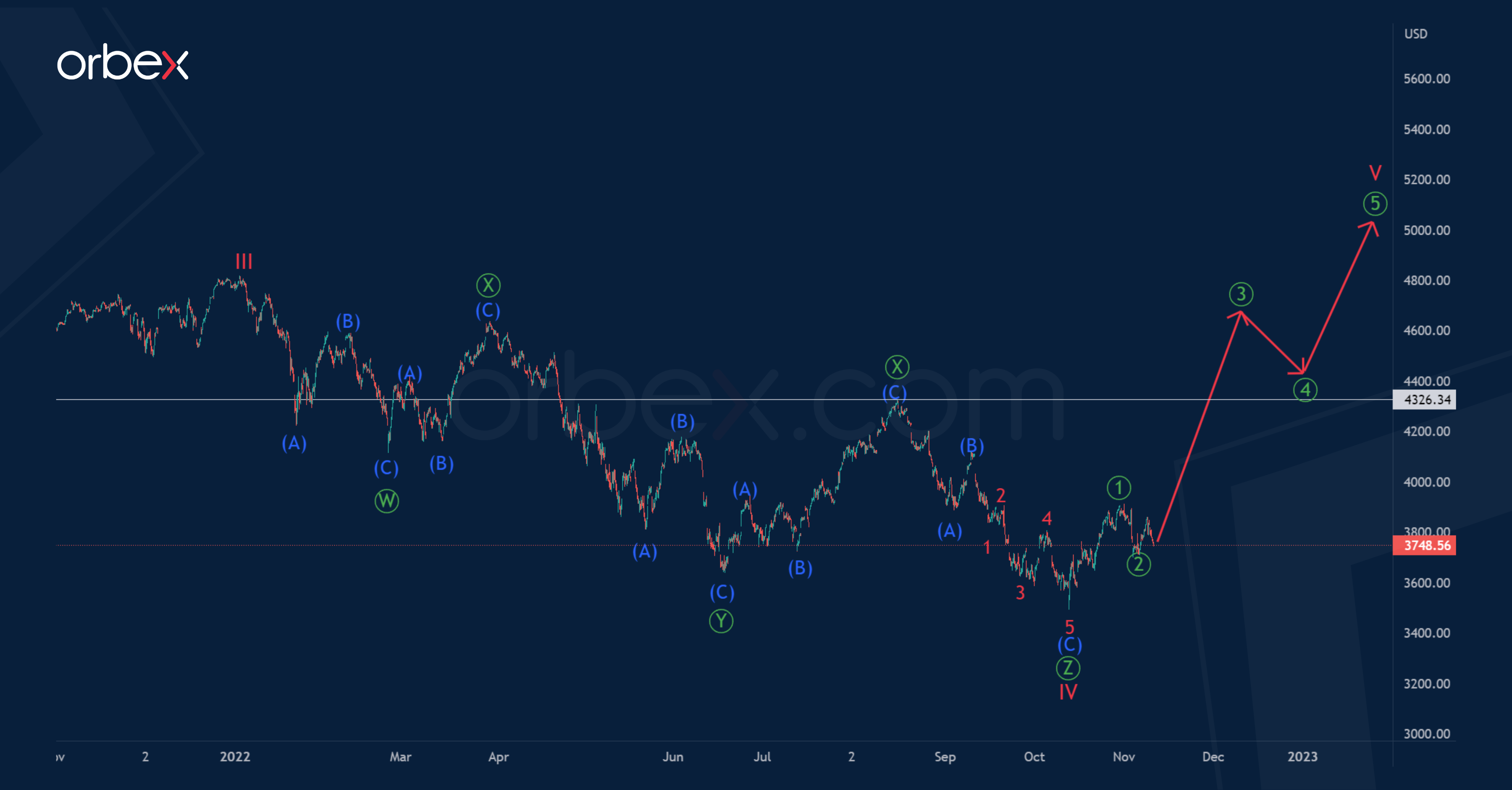 We will continue to examine the SPX500 situation from Elliott theory’s point of view. The assumption is that there is a large impulse trend, marked by five subwaves of the cycle degrees I-II–III-IV–V.

The impulse pattern may have been completed in its three components. There is also a possibility that cycle correction wave IV has ended. It looks like a triple zigzag of the primary degree Ⓦ-Ⓧ-Ⓨ-Ⓧ-Ⓩ.

The price could rise to 4326.34 by the end of the fifth cycle wave V. This impulse will take the form a primary degree impulse as shown on this chart. 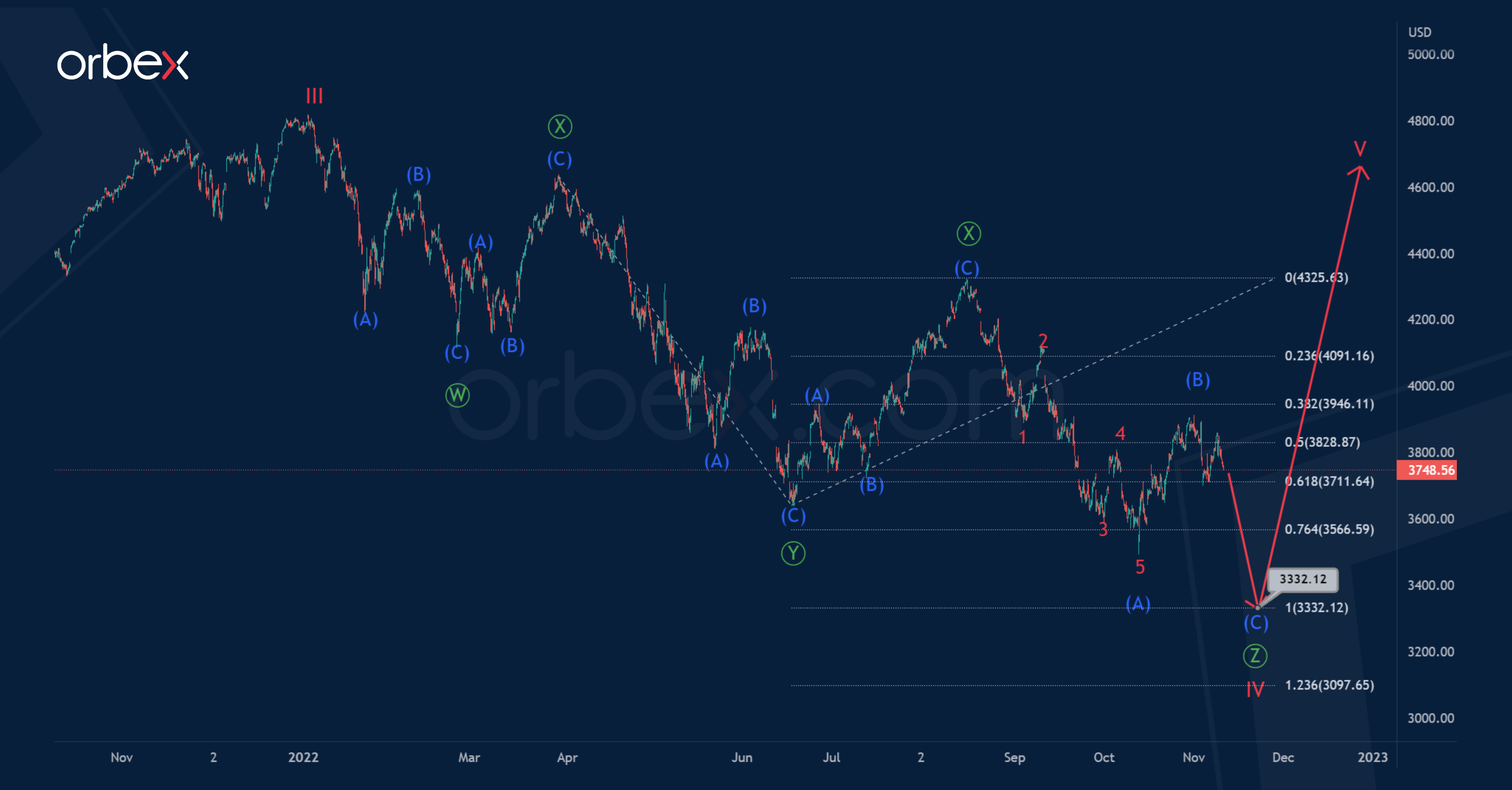 Let’s also consider an alternative scenario in which the actionary wave Ⓩ will strive for equality with the wave Ⓨ.

Market participants could expect a decline in SPX500 to 3322.12. At that level, sub-waves Ⓩ and Ⓨ will be equal. Only when the price reaches that level will it turn around and begin an uptrend. A bearish impulse wave (C) of the intermediate degree is required to complete the wave Ⓩ.