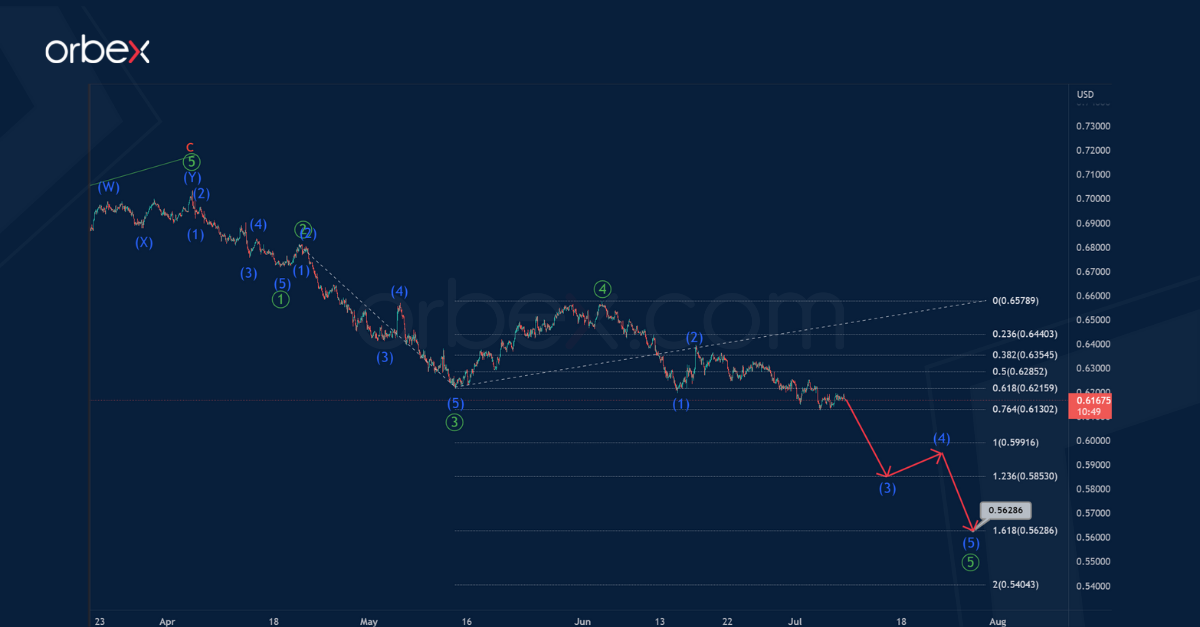 Most likely, the formation of a new bearish trend is observed in the last section of the chart. This could take the form of a primary impulse ①-②-③-④-⑤. 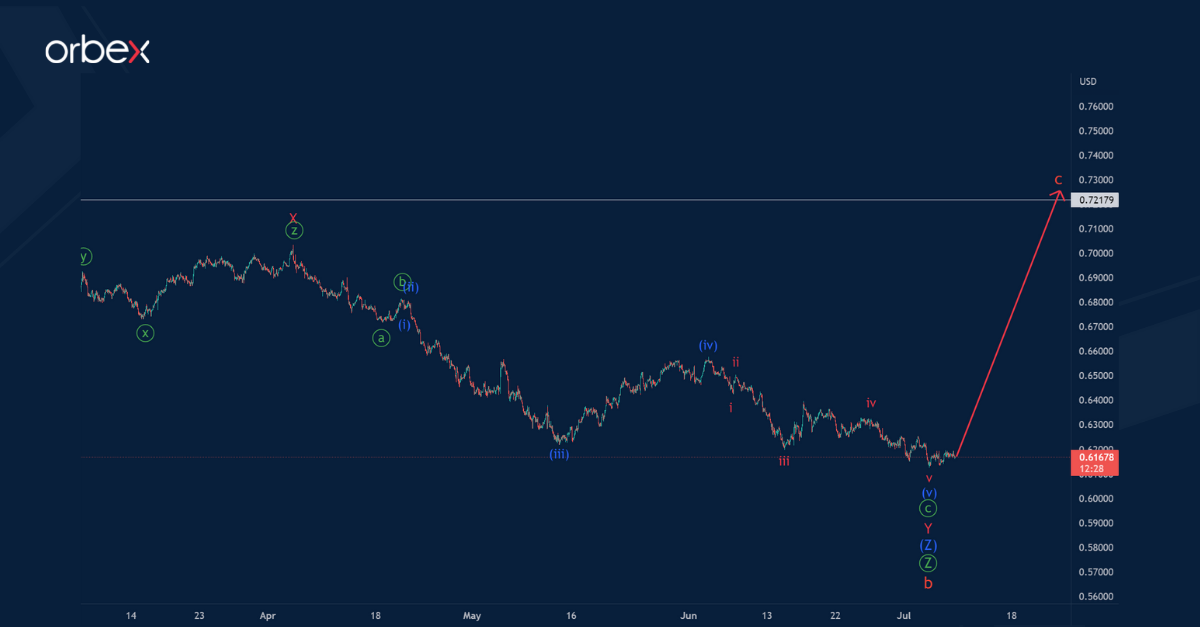 Alternatively, it is assumed that only correction b has come to an end. The final primary wave Ⓩ took the form of a triple zigzag (W)-(X)-(Y)-(X)-(Z) of the intermediate degree.

Not so long ago, the corrective movement of the wave (Z) was completed. The wave (Z) is similar to the minor double zigzag W-X-Y.

Thus, in the next coming trading weeks, the price could rise and the development of a bullish cycle wave c in the direction of the 0.721 level.

Test your strategy on how the NZD will fare with Orbex! Open your account now.

Euro at the Mercy of ECB Next Week

USD/CAD: in the area of a stable bull market. Is there an alternative? –...