The New Zealand dollar is almost unchanged on Wednesday. NZD/USD posted strong gains in the Asian session but has surrendered most of those gains.

The Reserve Bank of New Zealand delivered on expectations, with a 0.50% rate hike which brings the cash rate to 2.0%, its highest level since 2016. The New Zealand dollar dipped ahead of the decision but rallied by over one percent after the rate increase. However, the upswing proved to be brief, as NZD/USD has given up most of those gains.

In follow-up remarks, Governor Orr acknowledged the possibility of a recession but said that the Bank had to curb the growth in demand in order to rein in inflation and keep inflation expectations in check. The RBNZ has forecast that inflation will peak at 7% in Q2, after a gain of 6.9% in the first quarter. Orr has come out swinging, but it will be a tricky task to aggressively raise rates and slow growth without causing the economy to stall. 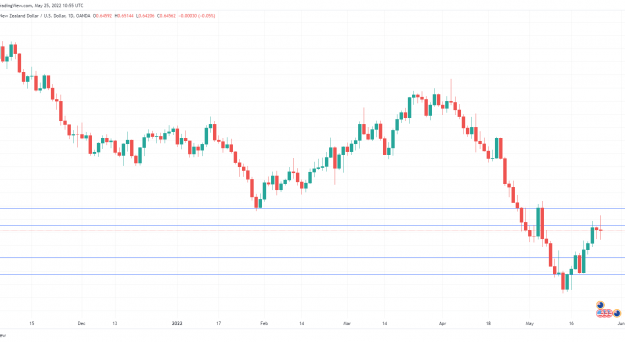 This article is for general information purposes only. It is not investment advice or a solution to buy or sell securities. Opinions are the authors; not necessarily that of OANDA Corporation or any of its affiliates, subsidiaries, officers or directors. Leveraged trading is high risk and not suitable for all. You could lose all of your deposited funds.

A highly experienced financial market analyst with a focus on fundamental analysis, Kenneth Fisher’s daily commentary covers a broad range of markets including forex, equities and commodities. His work has been published in several major online financial publications including Investing.com, Seeking Alpha and FXStreet. Based in Israel, Kenny has been a MarketPulse contributor since 2012.

VOLATILITY CONTRACTION PATTERN (VCP): HOW TO DEAL WITH IT TODAY