Lithium carbonate prices are up 340% year-over-year and one lithium junior explorer operating in Argentina just drilled some healthy lithium grades in a salar that extends beyond its property boundary and onto the junior’s concessions. 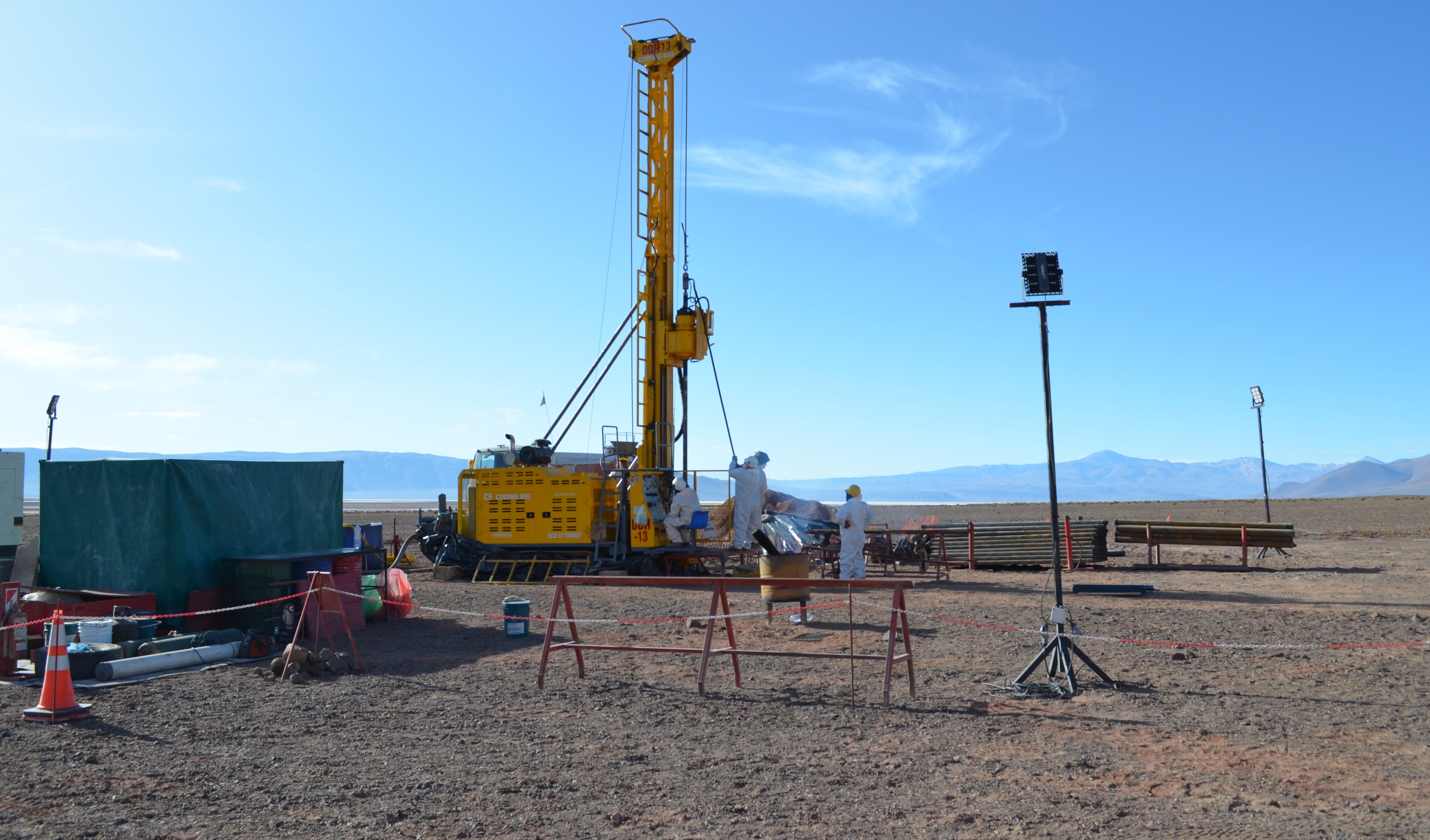 That’s important because Rio Tinto Plc (RIO:NYSE; RIO:ASX; RIO:LSE; RTPPF:OTCPK) thought so highly of the Rincon lithium salar — which has yet to produce even an ounce of the coveted lithium carbonate used in smart phone, power tool, and electric car batteries — that earlier this year the mining monolith paid $825 million ($825M) to acquire Rincon Mining and the salar from private equity firm Sentient Equity Partners.

“What we’re mapping in the hole is consistent with values published on the (Rincon) salar, so it’s pretty certain that the salar extends beneath our (Rincon West) property.”

In a conference call with investors and media on July 14, Argentina Lithium’s Vice-President of Exploration Miles Rideout told the audience the brine deposit into which the company drilled and hit healthy lithium grades is indeed an extension of Rio Tinto’s Rincon salar.

During the call, Streetwise Reports asked for further evidence.

“We have the geophysical evidence and the physical evidence from the first drill hole. What we’re mapping in the hole is consistent with values published on the (Rincon) salar, so it’s pretty certain that the salar extends beneath our (Rincon West) property,” Rideout explained.

Rideout noted that Argentina Lithium, a Grosso Group company, has not had any conversations with Rio Tinto about its discovery.

Let’s not forget that the company drilled some promising lithium grades in drill hole RW-DDH-001, the first in a 5-hole program at its 24.7-sq.-kilometer Rincon West.

The drill targets were outlined earlier this year after the company completed a Transient Electromagnetic (TEM) survey over roughly 36 line kilometers that outlined potential brine aquifers over 64% of the property.

Brine samples collected over a 70-meter-thick permeable interval in RW-DDH-001 returned lithium grades ranging from 225 to 380 milligram per liter (225-380 mg/liter).

Rideout said the grades are as good as grades at the neighboring Rincon salar, with similar peak values.

The eventual goal is to delineate enough mineralization to put together a maiden National Instrument 43-101-compliant mineral resource. That should happen by mid-2023.

In a July 13 report, Fundamental Research Corp. Head of Research Sid Rajeev noted that delineating a lithium resource “is a faster and cheaper process vs mainstream metals such as gold (or) copper.”

Perhaps more importantly, he reported that LIT is trading at only $215/hectare vs the average of $524/hectare for pre-resource-stage lithium junior explorers — this is due in part to lithium carbonate prices skyrocketing 340% year-over-year.

“The sector had several M&A transactions in the past year, and we believe that miners and battery manufacturers are constantly seeking attractive lithium projects for acquisition to secure long-term/stable supply,” Rajeev wrote.

Argentina Lithium has an option to earn a 100% interest in Rincon West by meeting certain requirements. The company also plans to conduct electromagnetic surveys this year on two other lithium projects: Antofalla North and Incahuasi. Its other large lithium holding is Pocitos, also in Argentina.

LIT has about CAD$4M in the treasury, and President and CEO Nikolaos Cacos told the audience that the company continues to look for more lithium properties in the region.

The Rincon West Project is in South America’s “Lithium Triangle,” which straddles parts of northern Argentina and Chile, as well as southwestern Bolivia. The triangle includes the Atacama, Olaroz, and Uyuni salt flats (or salars).

In fact, this region contains more than half of the world’s defined lithium reserves.

The Grosso Group is a leading mineral explorer in Argentina, having made four world-class discoveries through four different companies — Navidad, a massive undeveloped silver play; the Gualcamayo gold mine; the Chinchillas silver-lead-zinc mine; and the Amarillo Grande uranium-vanadium deposit.

2) The following companies mentioned in this article are billboard sponsors of Streetwise Reports: Argentina Lithium & Energy Corp. Click here for important disclosures about sponsor fees. The information provided above is for informational purposes only and is not a recommendation to buy or sell any security.

4) From time to time, Streetwise Reports LLC and its directors, officers, employees or members of their families, as well as persons interviewed for articles and interviews on the site, may have a long or short position in securities mentioned. Directors, officers, employees or members of their immediate families are prohibited from making purchases and/or sales of those securities in the open market or otherwise from the time of the decision to publish an article until three business days after the publication of the article. The foregoing prohibition does not apply to articles that in substance only restate previously published company releases.  As of the date of this article, officers and/or employees of Streetwise Reports LLC (including members of their household) own securities of Argentina Lithium & Energy Corp., a company mentioned in this article.

Dollar is skyrocketing towards a new high. What about Yen?