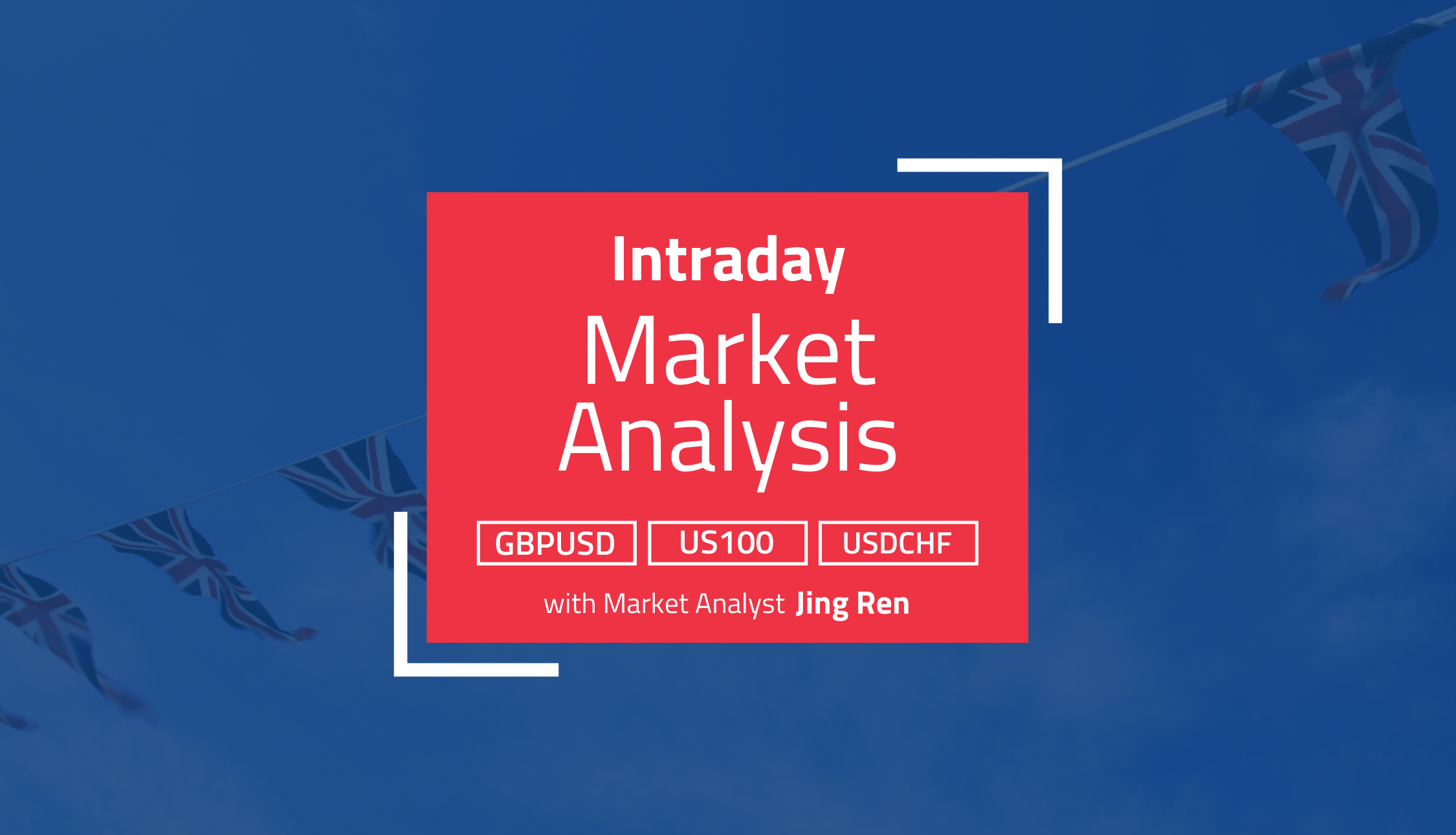 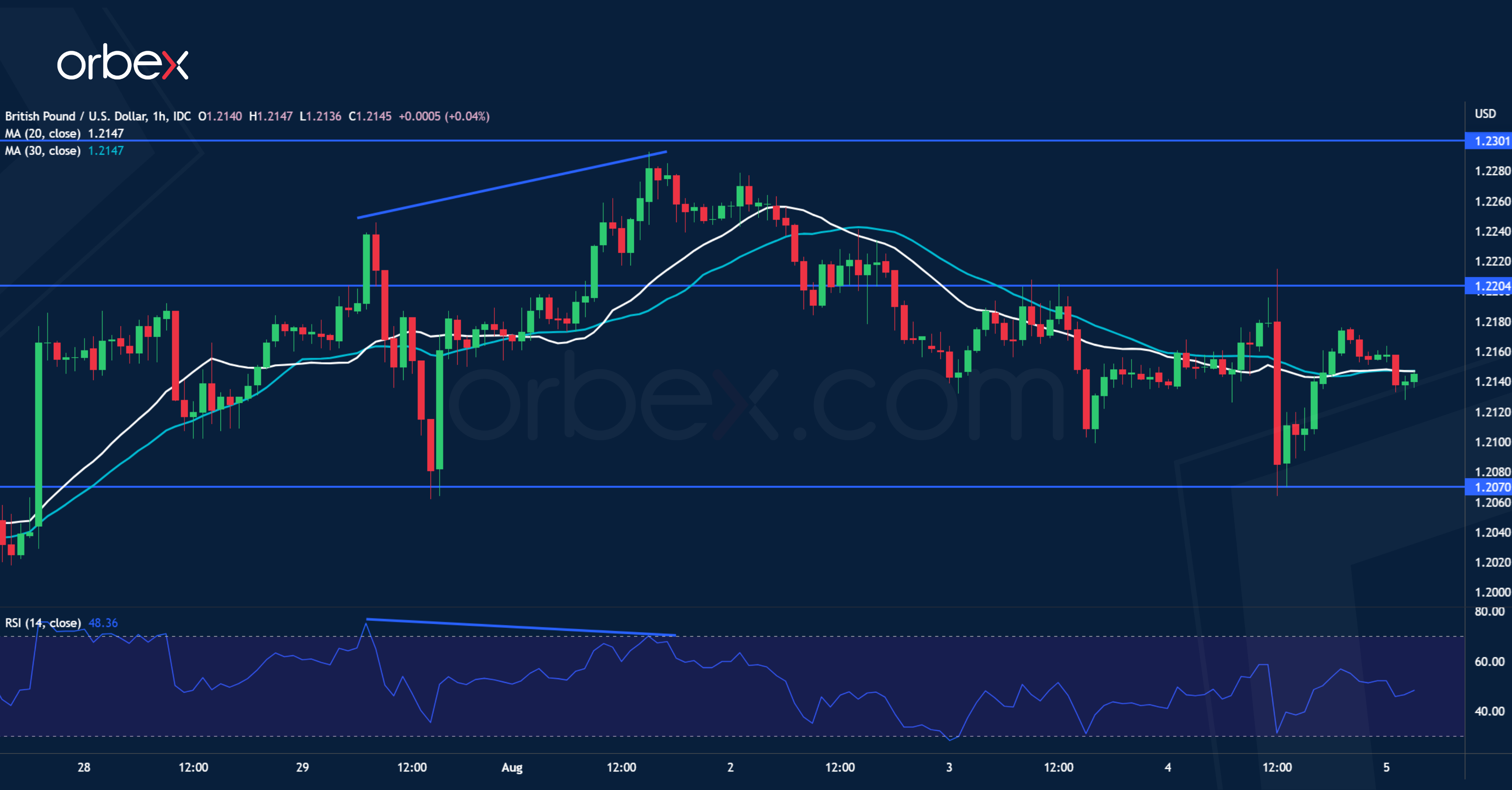 The pound treads water as the BoE warns of a recession after raising rates by 50 bps. The rebound came to a halt at 1.2300, a major resistance from the daily chart. A bearish RSI divergence already showed a slowdown in the rally. A follow-up break under 1.2150 has further weighed on short-term optimism. 1.2070 is buyers’ stronghold and its breakout could trigger a liquidation towards 1.1900. 1.2200 is the closest resistance and the bulls will need to clear 1.2300 before they could hope for the rally to resume. 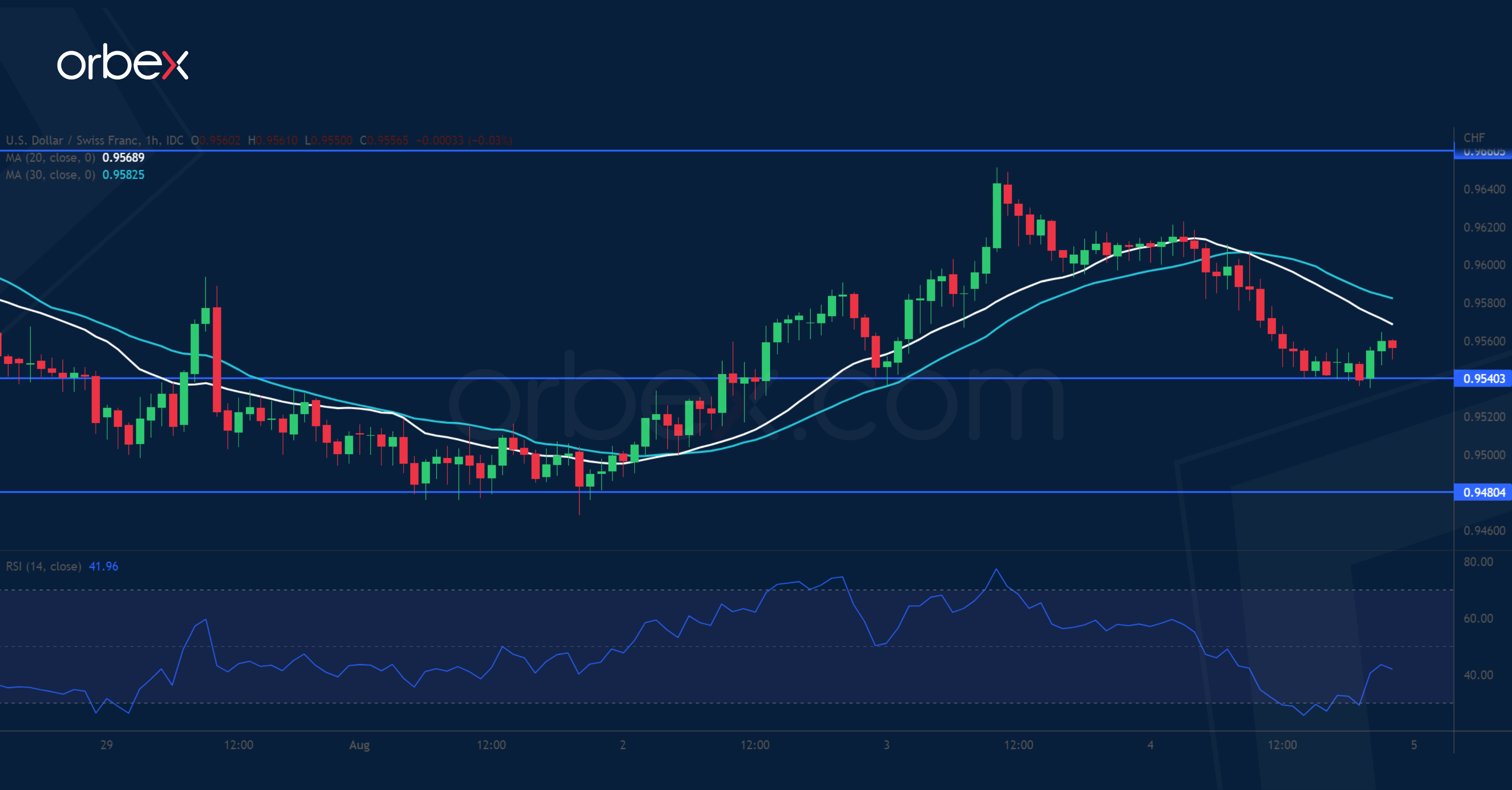 The US dollar softens as traders take profit ahead of July’s job data. On the daily chart, the pair is seeking support in a pennant consolidation and it would be too soon to call a bearish reversal. The recent rally above 0.9590 prompted some sellers to cover their positions, leaving the door open for a potential rebound. 0.9660 is the closest hurdle and its break could raise offers to 0.9790. 0.9540 is a fresh support and a breakout would bring the buck back to 0.9480 where it could be vulnerable to another sell-off. 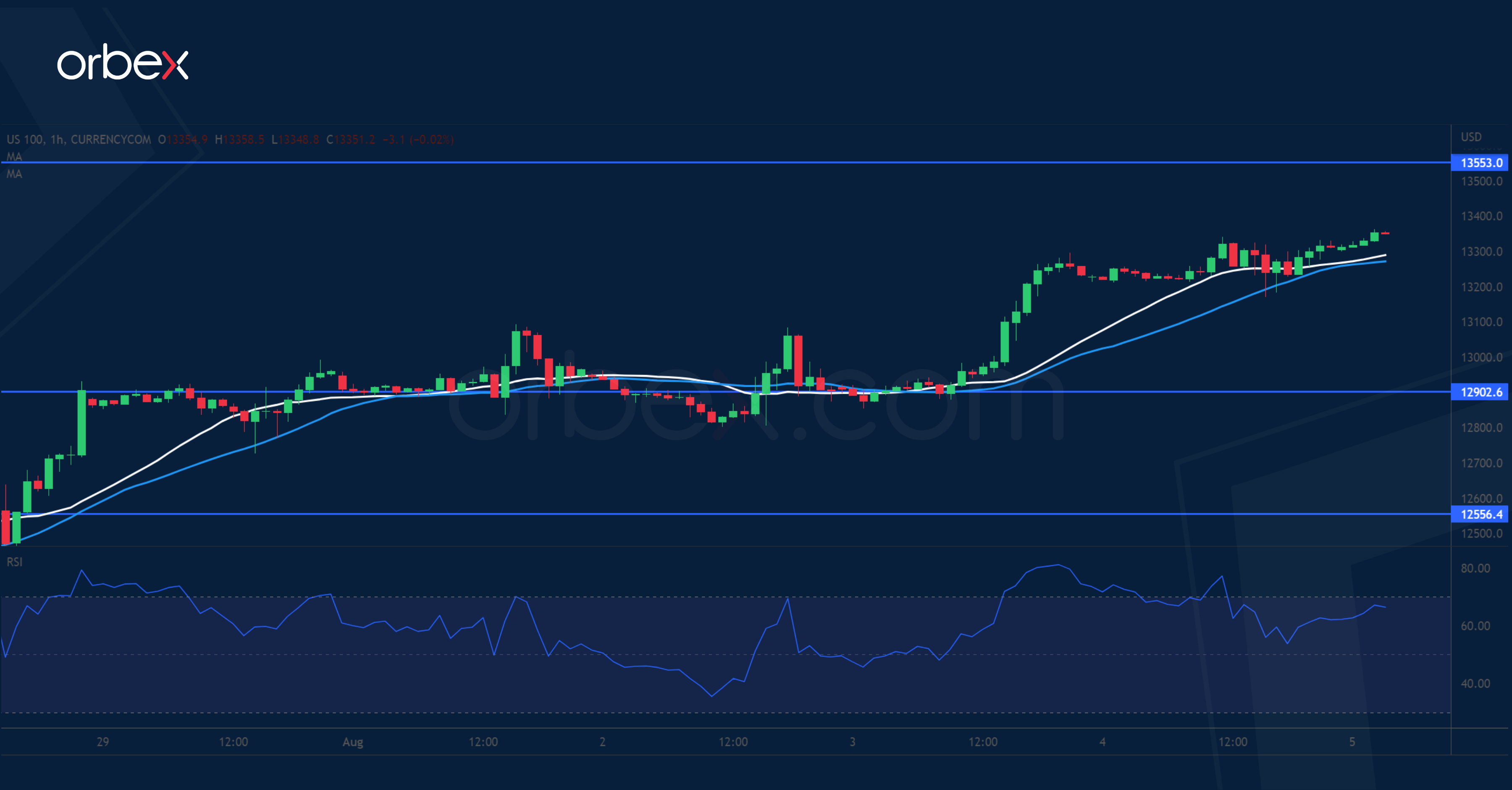 The Nasdaq 100 rallies supported by growing risk appetite. A rally above 12900 has put the index back on track after short-term selling interests cut their losses. Last May’s high at 13550 is a key resistance ahead. Its breach could turn bearish sentiment around in the medium-term and lay the foundation for a sustained recovery. The RSI’s overbought condition may temporarily limit the upside range. The former supply zone (12900) has become a fresh support where the bulls may look to accumulate in case of a pullback.

Pound dives below 1.19 as dollar soars

US Employment, EU Inflation on the Trading Agenda

How Self-Doubt Can Actually Improve Your Trading