The US dollar index has continued its retreat from the almost 20-year maximums’ reached earlier in month. The dollar has been losing ground to its peers since the peak reached in mid-May, accompanied by a drop in treasury yields, as the markets readjust to a scenario where the Federal Reserve’s shift towards tightening of monetary policies appears be priced in. At the same time, news that China’s lockdowns may be about to ease, allowing for the re-opening of its main export hubs, as well as President Biden’s remarks hinting at possible easing of the tariffs on Chinese imports, stimulated some optimism amongst investors, with a brighter outlook for the global economy eroding some of the dollar’s haven appeal. 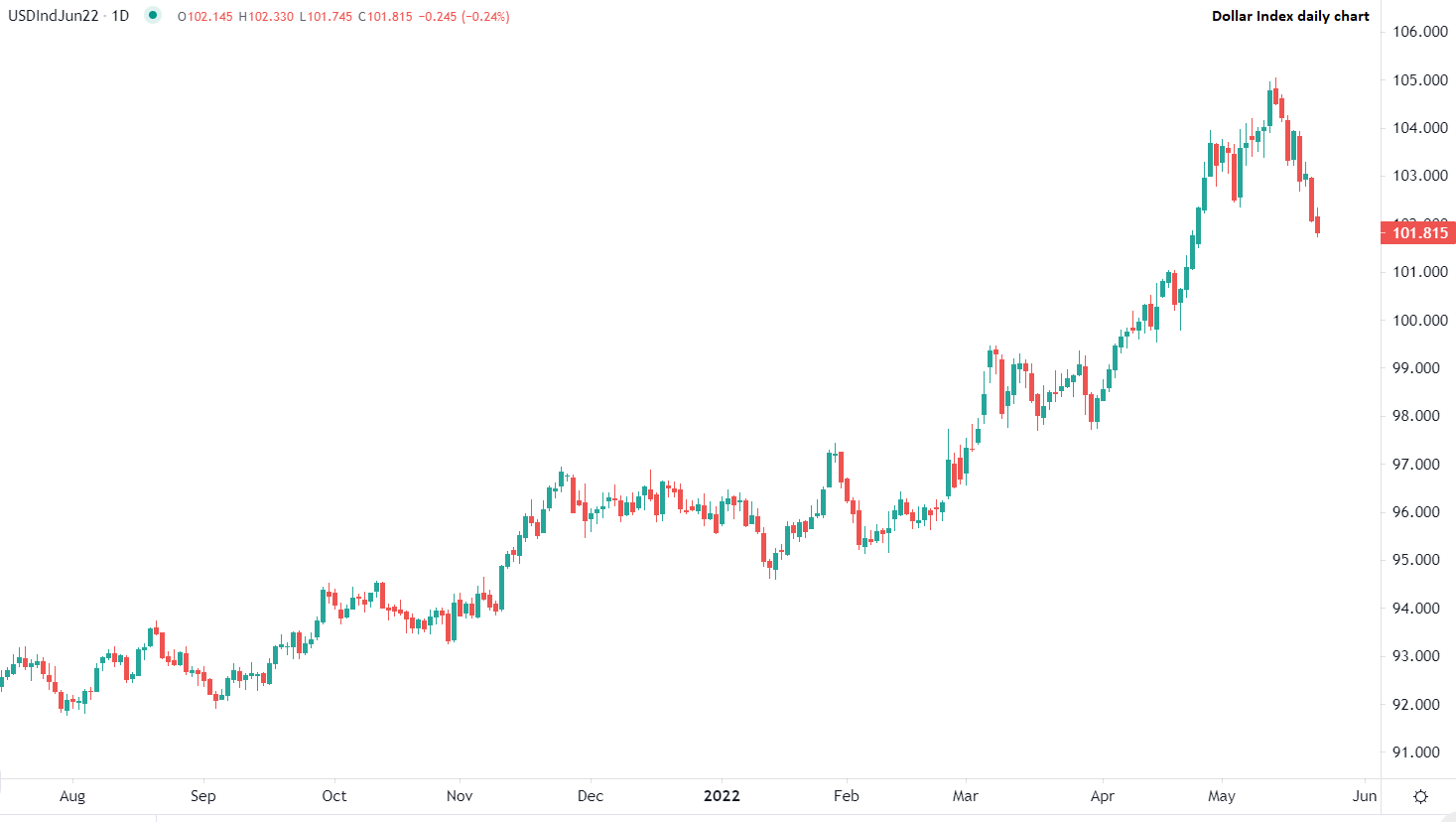 Gold prices continue to recover from the multi-month lows touched earlier in May. The non-yielding precious metal is benefiting from the drop in treasury yields together with some dollar weakness – with which it has an inverted price correlation. The stabilization of treasury yields and the dollar, which have retreated from peaks reached in mid-May, occurs as the markets appear to have priced-in the Fed’s hawkish tilt, and the appearance of some rays of hope for a brighter global economic outlook; the expected easing of lockdowns across China and a surprising statement from President Biden, hinting at a potential reduction of tariffs applied to Chinese imports, lifted the mood in the markets and created scope for further gold gains, as dollar demand decreases. 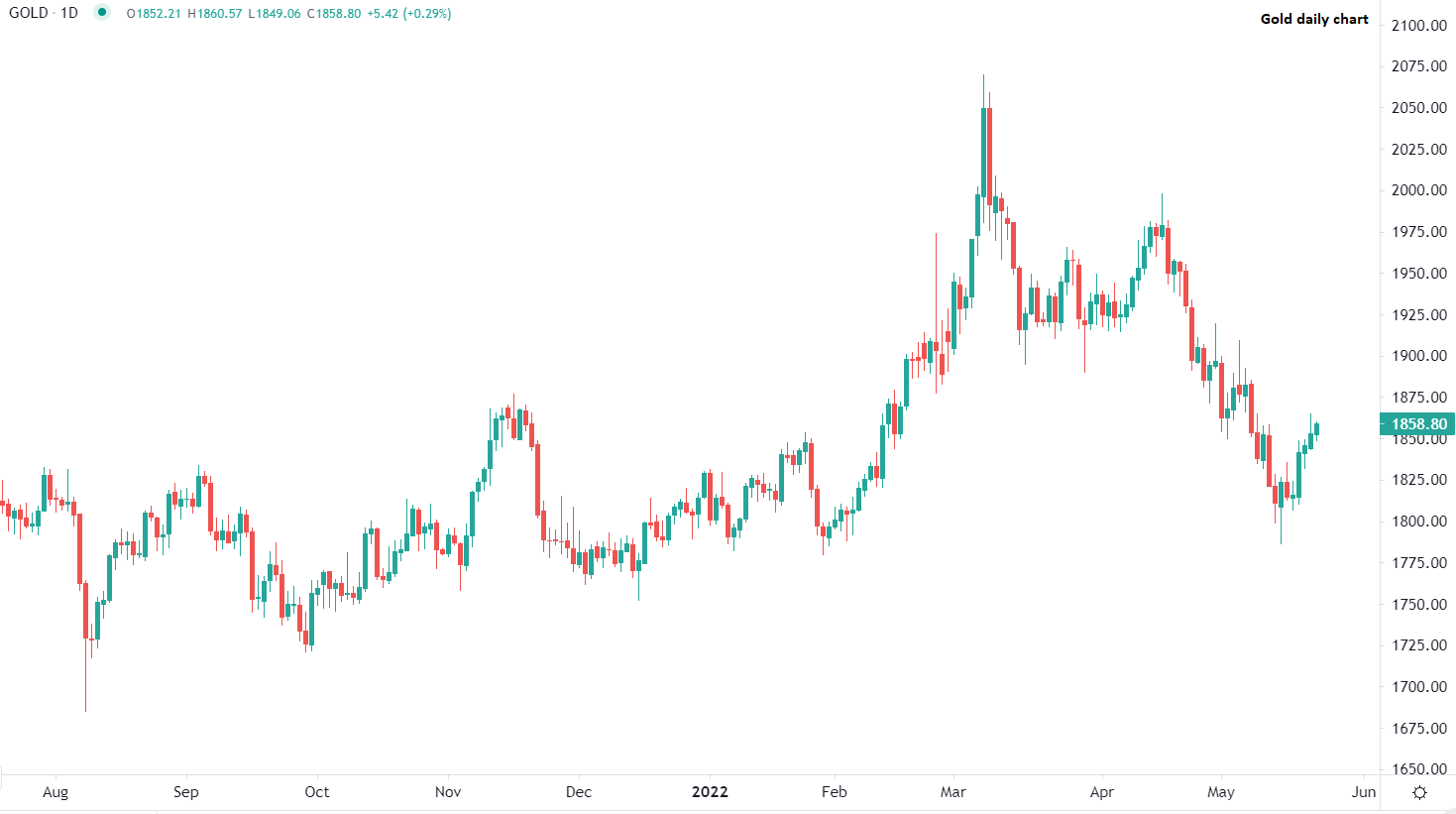 European shares opened higher but turned red shortly after the opening bell, alongside US Futures, as uncertainty prevails in the market. The appetite for stocks has been dented overnight after social media giant Snap Inc issued a profits warning saying conditions have “deteriorated further and faster than anticipated”, leading the whole Tech sector lower. In addition, market operators also digested rising geopolitical tensions between the US and China over Taiwan, while questions and doubts regarding growth and the limited impact of stimulus measures in the second-largest economy in the world linger. That said, even if the overall short-term landscape remains bearish for stocks, investors are still being pulled in multiple directions as mixed signals continue to pour in the market. There is a high chance that no strong directionality will take place on most benchmarks before traders gain clarity on the mid to long-term view. An increasing number of investors and analysts are questioning the current aggressive stance from the Federal Reserve, and waiting for more details that could be released not later than tomorrow with the minutes of the latest FOMC meeting. Meanwhile, markets are likely to remain highly volatile, and traders will look forward to today’s EU and US PMIs data in addition to the US new home sales figures due later this afternoon.

Can This Mammoth Gaming Stock Overcome Its Blizzard And Win Again? • 2nd Skies...