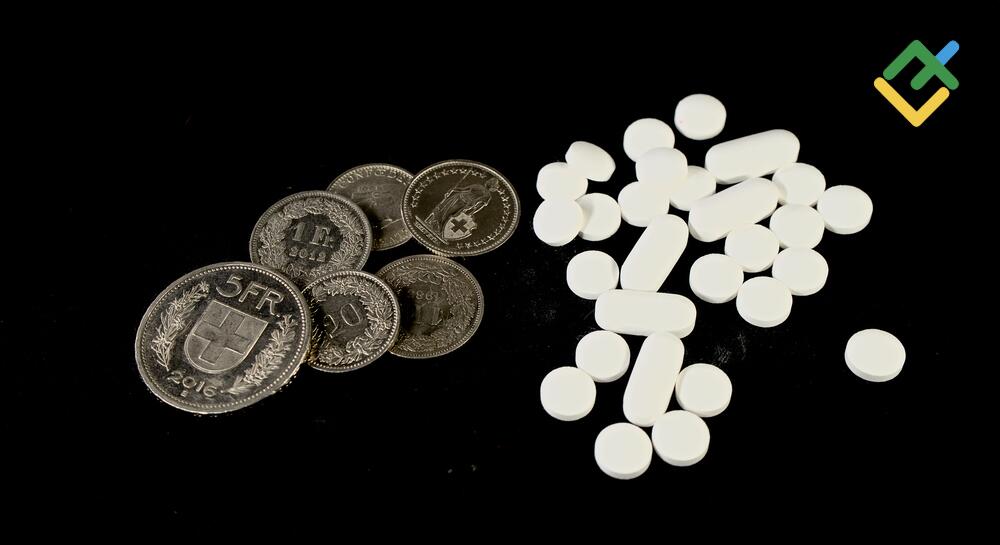 Recession: to be or not to be? Everything suggests that it will not be possible to avoid an economic recession in the United States. If so, investors should be interested in assets that usually rise in price on the expectations of a crisis. Let us discuss the Forex outlook and make up a trading plan for USDCHF and EURCHF.

Few expected the global economy to face a crisis in 2020, but the pandemic has done its job. A recession is expected in 2022. And not only do economists, investors, or central banks expect an economic downturn, but also specific currencies. Along with the Japanese yen, the Swiss franc will be popular if the GDP in the USA and other advanced economies shrinks in the near future. The gloomy scenario will hardly be averted.

After the US hit a technical recession, with its GDP showing a downturn over two successive quarters, the Fed and the US government noted that there wasn’t a downturn at all. So did the National Bureau of Economic Research, the body that officially reports recessions. In fact, the US domestic data are controversial. While real personal income and industrial production signal a contraction, personal consumption expenditures, employment, and retail sales feature growth.

Still, fears about a recession precede the recession itself as history shows. In 2008 and 2020, there was a surge in the number of queries from Google users about the economic downturn even before the NBER reported on it. Should the official establishment report on the recession soon?

Dynamics of queries about recession

While dismissing the idea that US GDP is shrinking, the Fed cites a strong labour market, but it is clear that unemployment will rise and employment growth will fall. If in the July report, the average wage grows faster than the 4.9% expected by Bloomberg experts, investors will realize that they were mistaken. Now they are betting on a slowdown in the Fed’s monetary tightening, but if inflation keeps its current growth pace, the central bank will be forced to increase borrowing costs by 75 basis points in September as well. Expectations of such a wide move would cause 2-year Treasury yields to skyrocket, resulting in an even greater inversion of the yield curve.

Dynamics of US yield curve

Thus, a strong US jobs report may strengthen the greenback in the short term, but then the USDCHF bears will go ahead, as the fears of a soon recession will remain.

Another reason to buy the franc could be the acceleration of inflation in Switzerland above the 3.5% expected by Bloomberg experts. The main drivers of the downtrend of USDCHF and EURCHF are not only fears about the global recession but also the aggressive monetary tightening by the Swiss National Bank. The SNB surprised investors with a sharp rate hike in June and could do the same in September, especially if consumer prices continue rallying up.

USDCHF and EURCHF trading plan for a month

I believe as the EURCHF reaches the target for shorts at 0.97 and the USDCHF approaches the target of 0.94, there could be corrections. But the franc is trading in the uptrend, so it will be relevant to sell the EURCHF and USDCHF down to 0.96 and 0.935, respectively.

How to Trade Shell After Record Profits in Q2