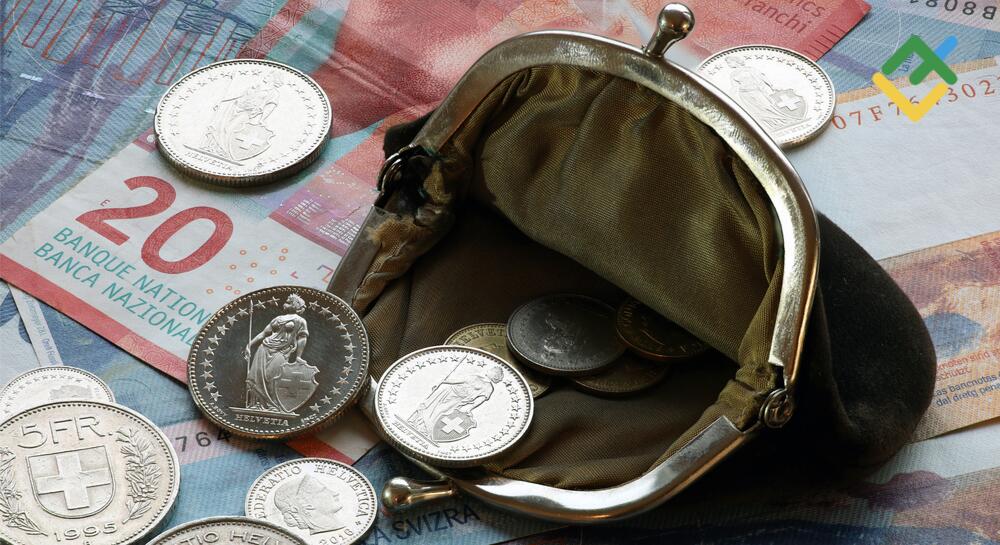 For a long time, the Swiss National Bank created obstacles for EURCHF sellers. However, in 2022 the situation has changed. With accelerating inflation, a strong currency becomes preferable. For example, the franc, as it has a lot of advantages. Let us discuss the Forex outlook and make up a trading plan.

It is not so easy to abandon the old stereotypes, even if everyone around follows them. Inflation acceleration to the highest levels in several decades is forcing central banks to abandon QE and start aggressively raising rates. However, some of the regulators are in no hurry to abandon the old strategies. The Bank of Japan is struggling to control the yield curve, and the Swiss National Bank is trying to maintain negative rates. In these conditions, the yen is an underdog in Forex, but the franc’s position is not so bad.

For the US and other countries, the QE program involves the purchase of sovereign debt to reduce bond yields and ensure favorable financial conditions. For Switzerland, QE is the acquisition of foreign assets to weaken the Swissy, which has traditionally been in high demand due capital flight from the risk. However, today investors do not want to buy anything other than the US dollar as a safe haven asset, but the Swiss franc has its advantages.

Mainly actively growing risks of eurozone fragmentation. Until 2008, Italian, Spanish, and other debts were considered as strong as German ones since the monetary union was considered as a single whole. However, after the crisis, the situation changed. The purchase of periphery bonds is significantly riskier. This is because Italy has more debt than the eurozone and also, since a third of its debt, or more than €850 billion, is due within the next three years.

The ECB’s lack of a clear plan to close yield spreads, the acceleration of European inflation, and the intention of the central bank to start raising rates contribute to massive bond sales. The yield differential on Italian-German and Spanish-German debt is growing rapidly. This is perceived as an increase in the risks of eurozone fragmentation and contributes to the EURCHF fall.

EUR/USD Price Retesting 1.0641 Level After ECB, US CPI in Spotlights

High risks of stagflation in European economies and the return of the Brexit issue support the franc. Boris Johnson’s government has submitted a bill to parliament that would allow unilateral termination of parts of the agreement with the EU, raising the risk of a trade war. The main problem is still the customs border within the UK. Brexit in Northern Ireland leads to a deterioration in trade and political conflicts.

EURCHF trading plan for a week

Taking into account the possible loss of the majority in the French parliament by Emmanuel Macron’s party in the second round of elections, the steady demand for Swissy looks logical. In previous years, the SNB would hardly have broken monetary policy, but now the priorities have changed. A strong currency becomes preferable as it helps to contain inflation. In this regard, expect hawkish surprises from Thomas Jordan and his colleagues on June 16, which will make EURCHF sales towards levels 1.024 and 1.019 relevant.

Floyd Mayweather’s Net Worth, What He Really Make 2019

Can Lyft Stock Lift Itself Out Of Its Meltdown?