Today, the dollar again moved to growth on the eve of the publication (at 18:00 GMT) of the minutes from the May meeting of the Fed (“FOMC minutes”).

In all his speeches that followed this meeting (May 3-4), Fed Chairman Jerome Powell stated that the leadership of the central bank intends to pursue a more aggressive monetary policy, raising interest rates by 0.50%, at least 2 forthcoming (June and July) meetings.

As a result of the meeting, which ended on May 4, the Fed leaders decided to raise rates by 0.50% and announced a reduction in the balance of central bank assets (in the amount of $9 trillion), which will begin in June. The Fed will reduce its portfolio of Treasuries and mortgage-backed securities by just under $100 billion each month. Balance sheet shrinkage is one component of the Fed’s monetary policy normalization program to slow inflation.

The volatility of trading in financial markets during the publication of the protocol usually increases, since the text of the protocol often contains either changes or clarifying details regarding the results of the last Fed meeting. Most likely, it will be so this time: the volatility in dollar quotes will increase. But it’s hard to say where it will go immediately after the publication of these protocols. If the rhetoric contained in the minutes of statements is regarded by market participants as soft, the dollar may decline (in the short term).

***) promotion in InstaForex “Happy deposit”: do not miss the opportunity to get your $9000. Promotion terms HERE! 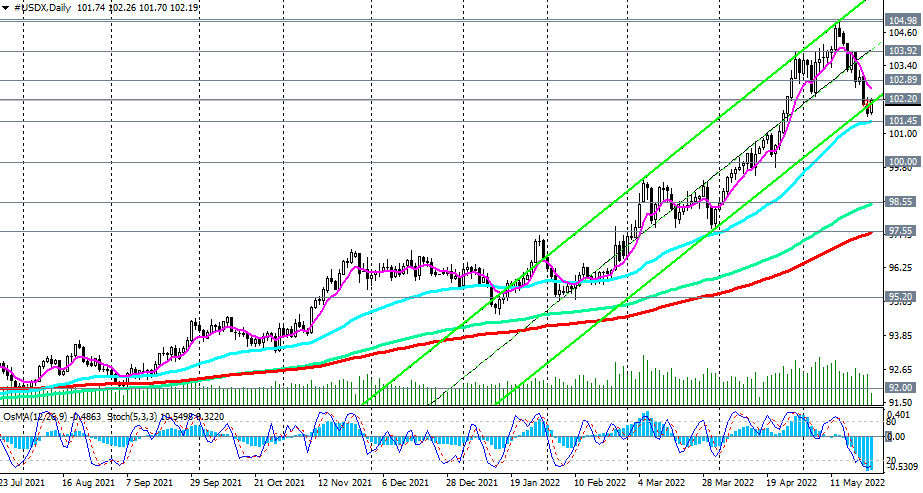 USD/CAD: on the eve of the Bank of Canada meeting and after – Analytics...