The Swiss franc is up by more than one percent in relation to the US dollar, and almost 2% versus the euro, during early European trading, following the decision by the Swiss National Bank to increase rates by half a percentage point. The Swiss benchmark interest rate had been at -0.75% since early 2015, as the central bank fought to control the strength of the Swiss currency, and the pre-announcement consensus amongst analysts had been pointing at the continuation of those low rates. The Swiss National Bank decision to join its counterparts in the fight against rising inflation, adopting a tighter monetary policy, wrongfooted the markets and created scope for further currency gains. 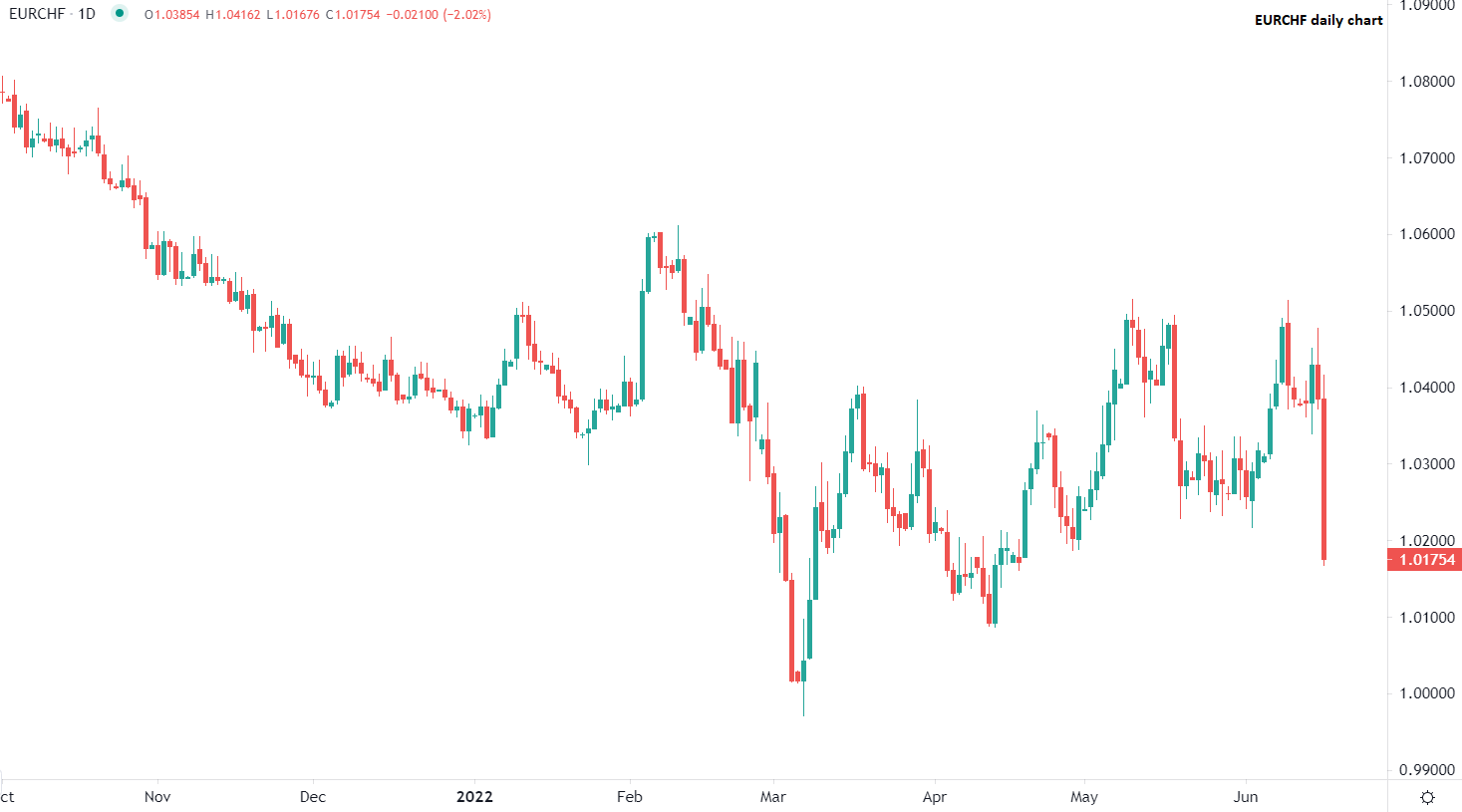 What Is A Derivative, Full Explanation

European shares plunged on Thursday, erasing yesterday’s gains, after the Federal Reserve disappointed investors yesterday evening. Jerome Powell dented market sentiment at the end of the US trading session yesterday, killing investors’ nascent optimism by announcing the Fed will to do whatever it takes to tame inflation. Of course, the record 75bp rate hike decision isn’t helping Credit and Stock markets trading higher today, but most of the current sell-off seems to be coming from major worries that the Fed is willing to accept worsening economic conditions, in the shape of an upcoming recession alongside higher unemployment (like four decades ago), in its fight against the pressure brought by rising prices. Doubts regarding monetary policies are growing bigger in investors ‘minds, and there is a high chance the bearish trend will deepen on stocks, unless the Fed manages to bring more stability to Bond markets, which doesn’t seem to be in the pipeline so far. European stock investors are, however, in a different scenario as they patiently wait for the ECB’s “new tool” to keep stability in Treasuries and shield weaker EU nations from higher borrowing costs, which is perceived as a positive news so far. Meanwhile, Eurozone stocks are being dragged down by US markets as the STOXX-50 index now trades back below the 3,500.0pts level, with the 3,425.0pts/3,380.0pts zone in sight.

What are stablecoins? A blockchain expert explains :: InvestMacro