I’m keeping it simple with these rangebound setups today!

Will the inflection points hold for USD/CHF and NZD/JPY?

Or are we about to see major breakouts soon? 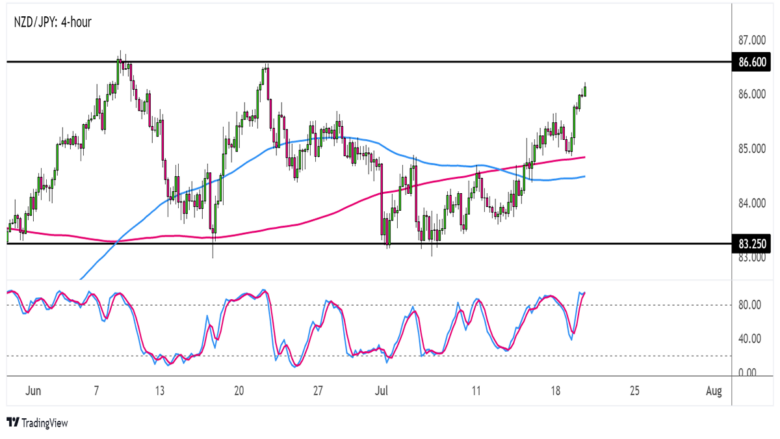 Let’s start off with this neat rectangle pattern on the 4-hour chart of NZD/JPY.

The pair has been moving sideways between support around 83.25 and is closing in on the resistance at 86.60. Will sellers defend the ceiling?

Technical indicators seem to be suggesting so, as the 100 SMA is below the 200 SMA while Stochastic just made it to the overbought region.

These indicate that bearish pressure is in play and could even pick up soon. However, it’s also worth noting that NZD/JPY has climbed above both moving averages, so these indicators could hold as dynamic support levels on dips.

If Kiwi bulls manage to charge past the top of the range, we just might see a rally that’s the same height as the rectangle pattern! 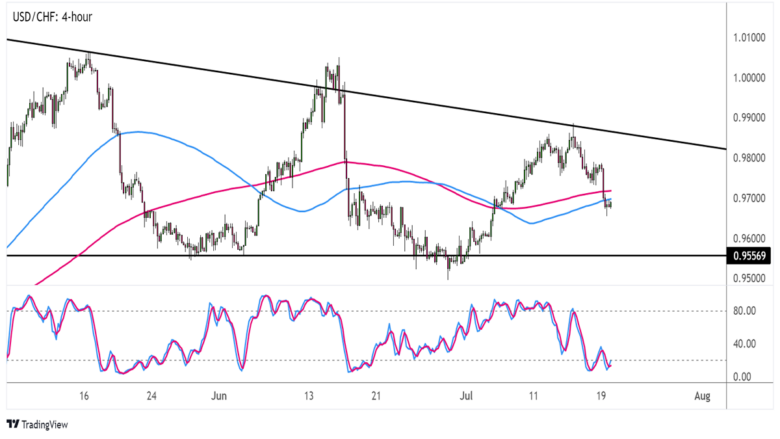 The pair just bounced off the top of its descending triangle visible on the 4-hour time frame and might be heading back to the support around the .9550 minor psychological mark.

The 100 SMA is below the 200 SMA to indicate that the path of least resistance is to the downside or that the selloff might carry on, possibly even leading to a breakdown. If that happens, USD/CHF could slide by the same height as the triangle pattern or roughly 450 pips.

On the other hand, Stochastic is hovering around the oversold region to reflect exhaustion among sellers. Moving higher would suggest that bullish momentum is kicking in, likely leading to another test of resistance.

In any case, better keep your eyes peeled for reversal or continuation candlesticks!