Got a Kiwi special lined up for y’all today!

Whether you’re into trend retracements or breakouts, I’ve got some setups you gotta see. 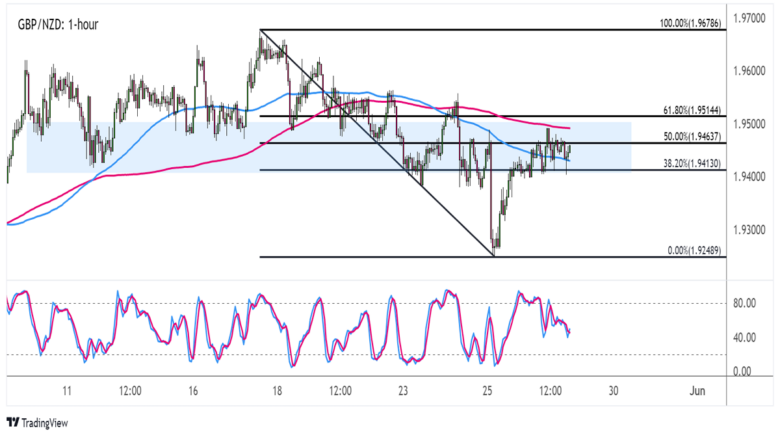 First up is this simple break-and-retest play on the hourly chart of GBP/NZD. Price is already hanging out at the area of interest, so look out for continuation moves!

In particular, the pair is testing the support-turned-resistance zone around the 50% Fib and might be due to resume its selloff soon.

A higher pullback could still take it up to the 61.8% level closer to the 1.9500 major psychological mark, which might be the line in the sand for a bearish pullback.

Technical indicators are suggesting that bears have the upper hand, too. The 100 SMA is below the 200 SMA to confirm that resistance levels are more likely to hold than to break.

Plus, Stochastic is already heading south, so GBP/NZD could follow suit while selling pressure is in play. In that case, the pair could make it all the way back down to the swing low near the 1.9250 minor psychological mark or even lower. 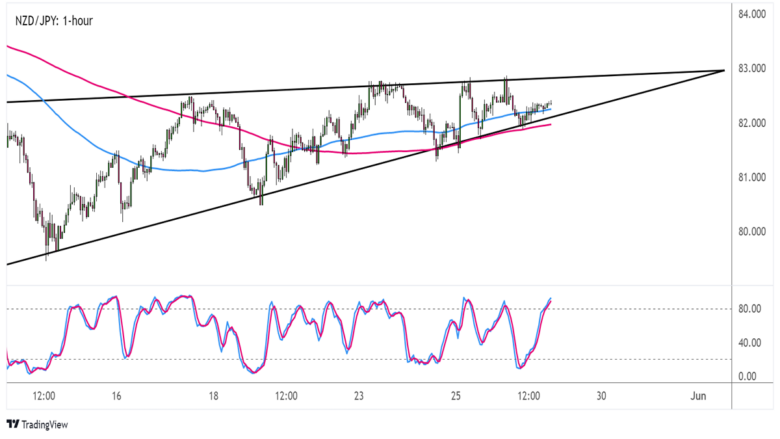 Fancy a breakout setup? Then this one is worth watching since it might play out in a few!

NZD/JPY has formed higher lows and slightly higher highs to consolidate inside a rising wedge pattern on its short-term chart.

The pair is already bouncing off the wedge support and looks prime for another test of resistance, as suggested by tech indicators.

The 100 SMA is above the 200 SMA to reflect bullish pressure, with the latter holding as dynamic support around the bottom of the wedge. In addition, Stochastic is on the move up to show that buyers are in control.

However, the oscillator is already closing in on the overbought zone to reflect exhaustion, so turning lower would mean that sellers are returning.

In that case, NZD/JPY might hit a ceiling soon and possibly even attempt to break below the wedge support. Better be ready for a selloff that’s the same size as the chart pattern if a breakdown happens!

What Is Free Margin In Forex?

WingStep enables you to gain by just walking. Don’t miss it