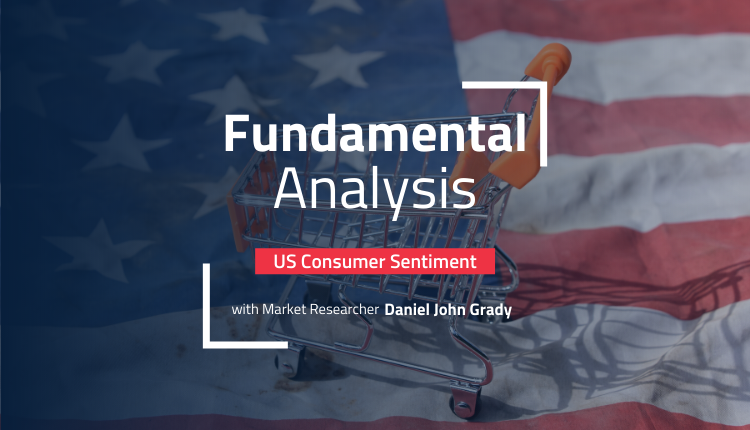 The latest data from the US has been giving some mixed signals about the underlying conditions. That has increased the uncertainty about what the Fed might do at its next meeting. The practical result for us traders is that there is more volatility in the currency markets. Generally, the dollar sets a relatively steady course, but contradicting data could make it hard to figure out where things are going.

Tomorrow’s release of University of Michigan consumer sentiment could stir up the mix a little more. Consumers are the drivers of the American economy, and they are being buffeted around by choppy economic waters. All through last year, consumer optimism had been declining. Which isn’t surprising, since inflation had been increasing faster than wages, sapping at consumer purchasing power. But since March a little optimism has returned. Now the question is whether that’s just a little “hump” before turning to the downside, or the sign of a new trend.

First, we had the report of negative Q1 GDP growth. Following that, investors took a more cautious outlook in terms of what the Fed will do in the next meeting. Speculation coalesced around the idea that the Fed would raise rates by 50 basis points, and 75 bps was out of the question.

But yesterday, CPI figures came in above expectations. Sure, they were lower than the prior four-decade record high. But they showed that inflation is still far from betting firmly under control. Inflation, particularly if not coupled with real wage growth, eventually leads to economic stagnation. With already one quarter of negative growth, getting prices under control has increased urgency. Following the data release, the number of analysts expecting a 75 bps hike at the next meeting increased to 15%, nearly doubling the 8% from a week ago.

Can we get a resolution?

Falling consumer sentiment would be an indication that a recession might be imminent, and likely would be interpreted as the possibility of looser monetary policy than currently expected. That could contribute to a weaker dollar. But if consumers are regaining confidence, that would help give the Fed the motivation needed to keep raising rates. So, it could support the dollar.

The current consensus is that the Michigan May Consumer Sentiment indicator will fall a bit. The estimation is for it to move back to 64.0 from 65.2 in April. Not necessarily a bad sign, but if it doesn’t rise, that wouldn’t be a good sign, either. So, we’d have to see a significant beat or miss to potentially solve the issue of conflicting data.

If Michigan Consumer Sentiment drops below the 60 level, it could be an indication that the recent positivity was an aberration of the trend. On the other hand, a move close to the 70 level could be seen as confirmation that consumers are finally feeling better about spending.

The post Can A Recovery in US Consumption Be Expected? appeared first on Orbex Forex Trading Blog.

The US dollar index looks set to close the week in...