The US dollar hit a new weekly maximum before easing down slightly during early Wednesday trading. Demand for the American currency increased after two Fed officials, known for their usually dovish stance, came out in public and affirmed that the central bank remains committed to controlling inflation, and will continue to hike rates until achieving its objective. These comments helped to break the greenback’s losing streak and saw it claim back a significant part of the losses recorded during the previous week. 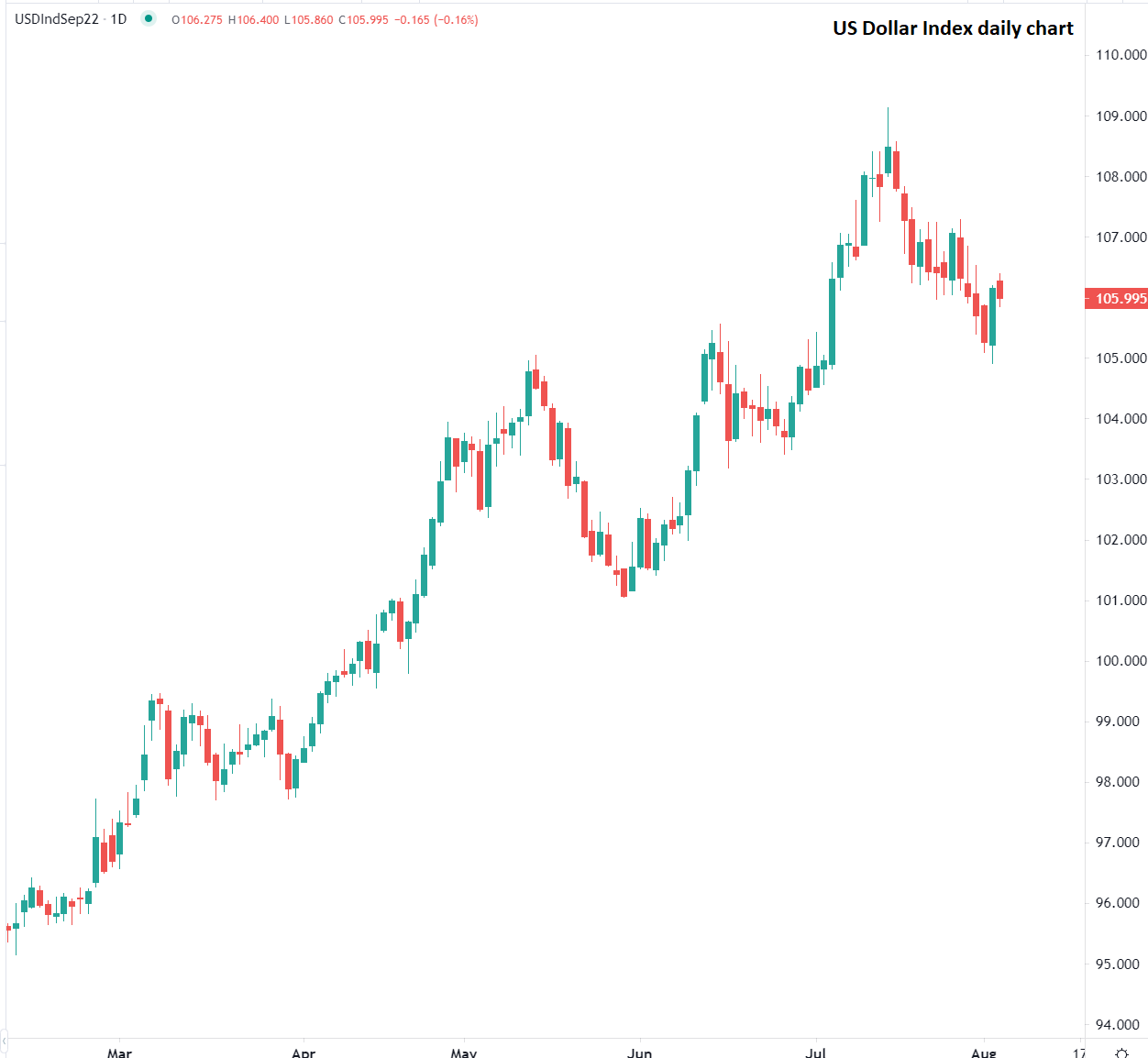 Brent oil prices are trading almost flat this morning, after dropping almost 4% during the two previous sessions. The price of the barrel has been coming under pressure, as fears of a recession grow in Europe and the US, and China’s Covid-zero policy continues to affect activity, creating a scenario that entails a drop in demand for crude. In the meantime, traders will be keeping an eye on OPEC’s decision regarding September production. No surprises are expected and therefore the price of the barrel is unlikely to move much, even if a modest increase in production is announced, as members of the oil cartel haven’t been hitting their output targets. 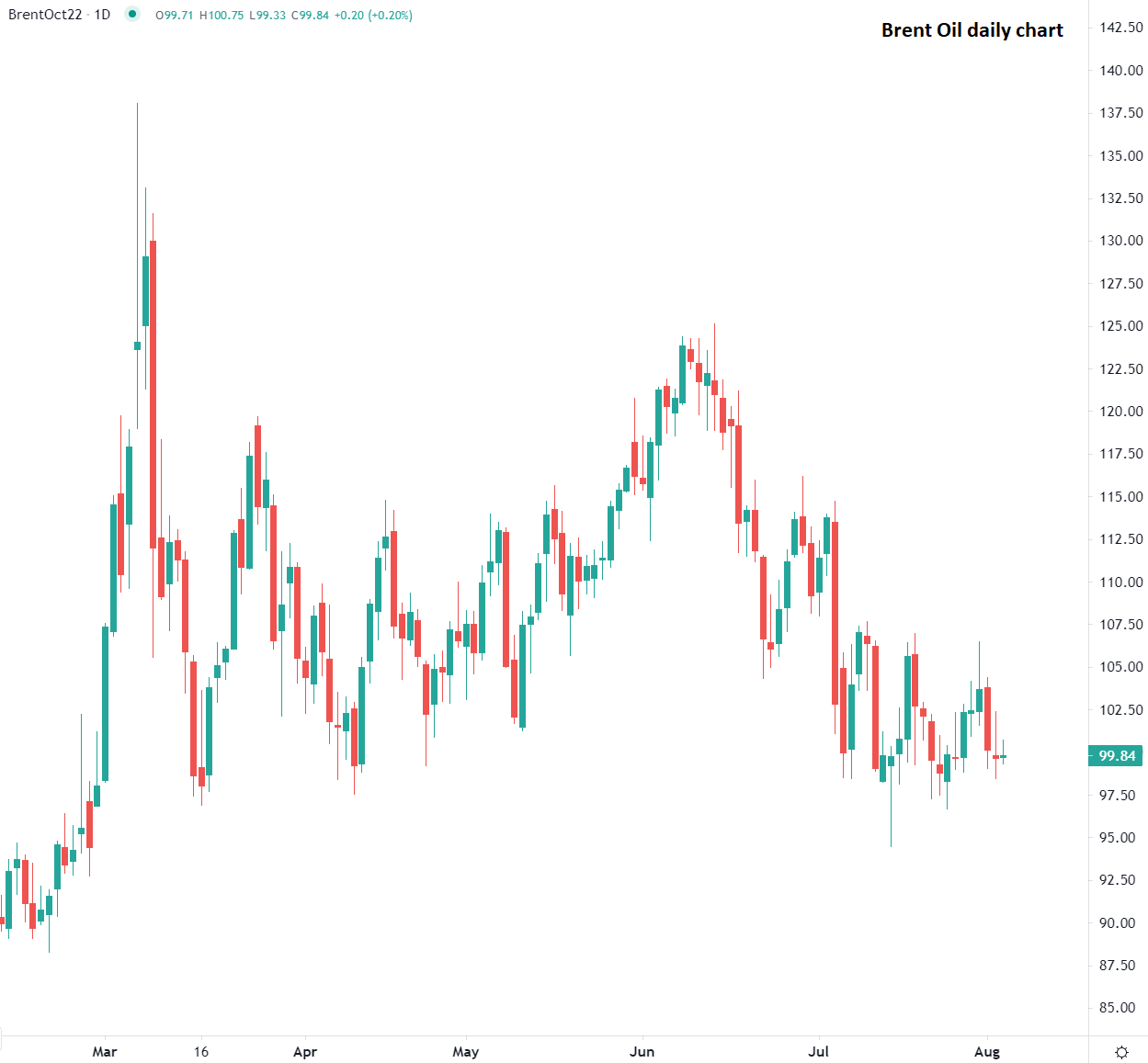 Stocks fluctuated in Europe on Wednesday, registering mixed performances across the Euro area, as investors seek more clarity. However, some stability is returning to the markets following the volatility surge seen during Tuesday’s trading session, that was sparked by hawkish comments from the Federal Reserve alongside rising US-China tensions over Nancy Pelosi’s visit to Taiwan. Most stock indices remain strong so far in August, and investors continue to cheer a positive earning season that has seen companies showing resilience to an uncertain economic context, which tends to support market sentiment in the short-term. However, bullish market drivers aren’t numerous, especially in the mid- to long-term, and investors are likely to need more clarity on where economies will go before driving stock prices to new highs.

What’s up with the Equities Market midst inflation?

U.S. dollar rebounded on Friday while Yen and Euro fell