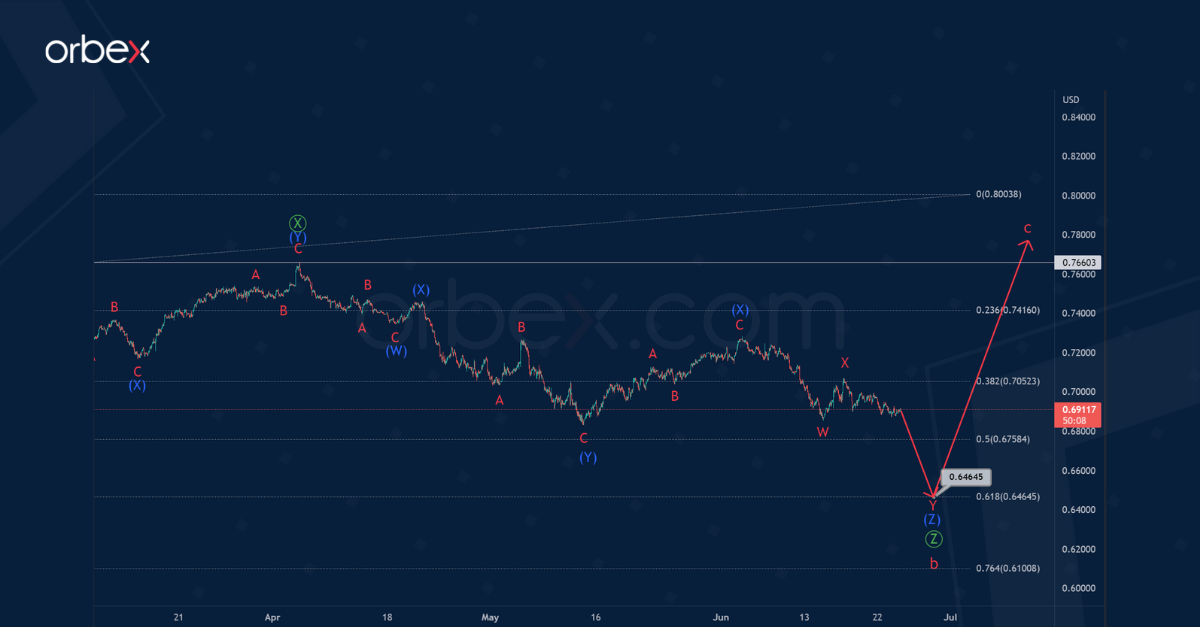 The current structure of the AUDUSD pair suggests the formation of a zigzag a-b-c, which currently includes a bearish correction b. Wave b consists of primary sub-waves Ⓦ-Ⓧ-Ⓨ-Ⓧ-Ⓩ.

The last section of the chart shows the structure of the last primary wave Ⓩ. It seems to be an intermediate triple zigzag (W)-(X)-(Y)-(X)-(Z). To complete this correction pattern, a final actionary wave (Z) is needed. It seems that the wave (Z) will take the form of a minor double zigzag W-X-Y and will end near 0.646.

At that level, cycle correction b will be at 61.8% along the Fibonacci lines of cycle impulse wave a. 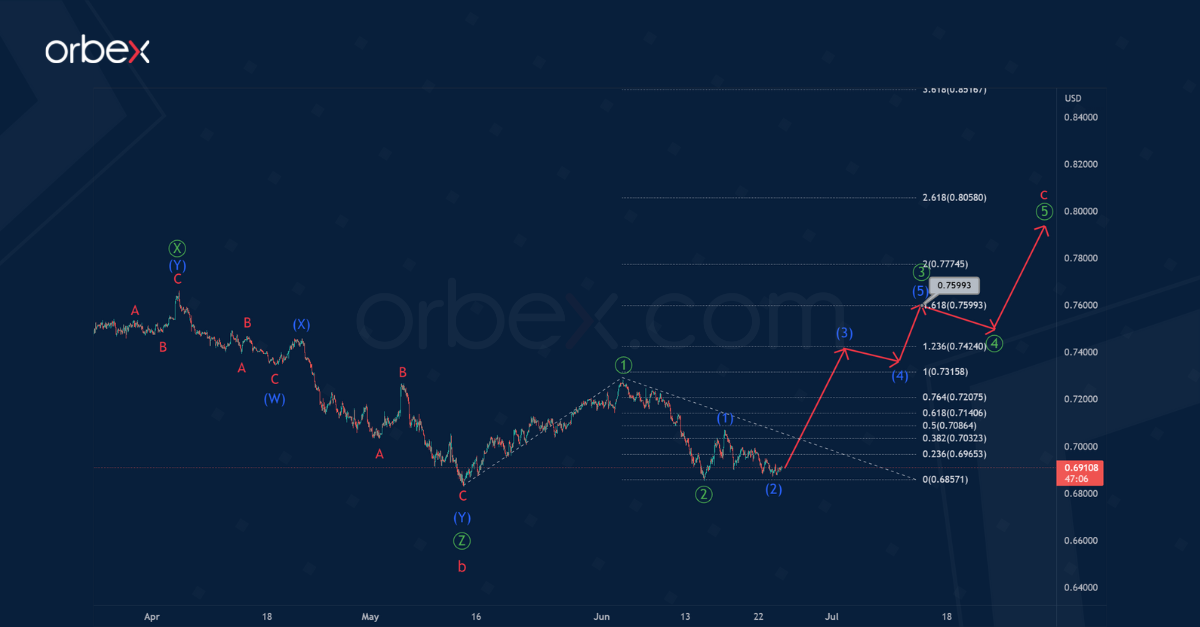 An alternative scenario shows the bearish wave Ⓩ of the primary degree has ended.

Trustly strengthens positions in the UK with Ecospend acquisition LeapRate

Thus, the primary wave Ⓩ is a double zigzag (W)-(X)-(Y) of the intermediate degree. Then prices moved higher to build the initial part of a new cycle wave c. This can take the form of a primary impulse.

Thus, in the next coming trading weeks, the currency pair could move in an upward direction.

The completion of the third primary wave is expected near 0.759. At that level, it will be at 161.8% of the first primary wave.

Test your strategy on how the AUD will fare with Orbex – Open Your Account Now.

Which direction will the US inflation rate take? Read our blog

The British pound rises against the euro LeapRate

Mega Token will sell out soon. You don’t want to miss it