The Australian Securities & Investment Commission (ASIC) announced Monday that it has extended its order banning the issue and distribution of binary options to Australian retail clients until October 1, 2031.

Binary options are over-the-counter (OTC) derivatives that allow speculation on whether a market event will occur. For example, it can be related to movements in the price of a market index, financial product, or an economic event such as central bank interest rate decisions.

The previous ASIC order came into effect on May 3, 2021, and was set to run for 18 months, ending soon. ASIC said the order ensures binary options protections in Australia are in line with those in comparable markets abroad. For example, binary options products have been banned in the United Kingdom, European Union, Israel, and many other countries. 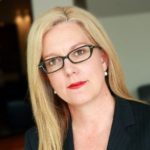 The Week Ahead – Global super-sized hikes give dollar breathing room

EUR/USD Price Extends Sell-off Below 1.02 Ahead of FOMC Minutes