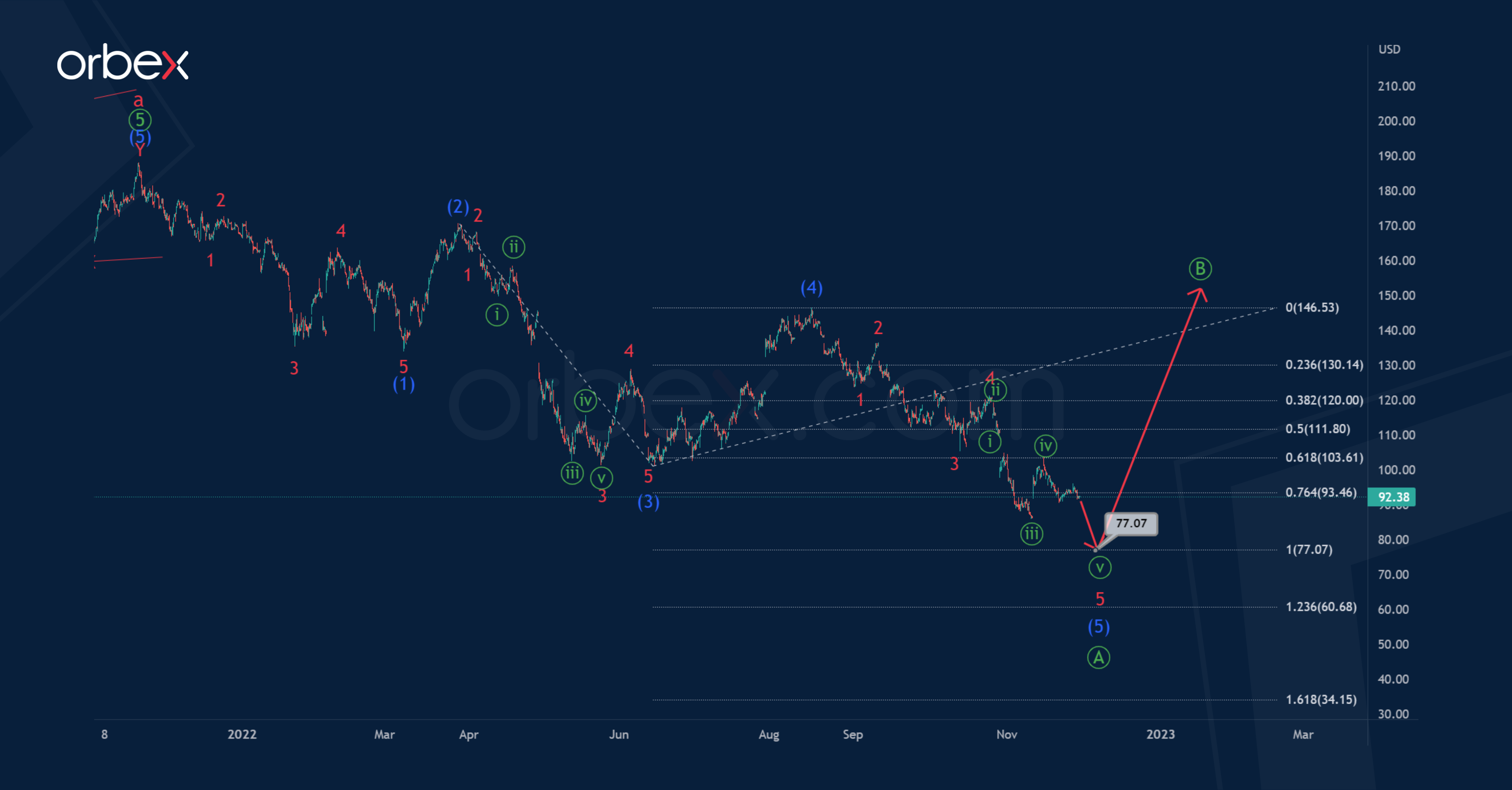 AMZN’s internal structure indicates the development a corrective tendency. This created a zigzag that consists of subwaves a,b,c of the cycle degree. The market formed the first major wave A at the end last year. It was a bullish 5-wave impulse.

Prices started to fall following the end the impulse growth. This could be a sign that a bearish correction is beginning b. It could take the form of a zigzag Ⓐ-Ⓑ-Ⓒ of the primary degree.

After the wave’s end, we expect stock price growth in the primary correction Ⓑ. 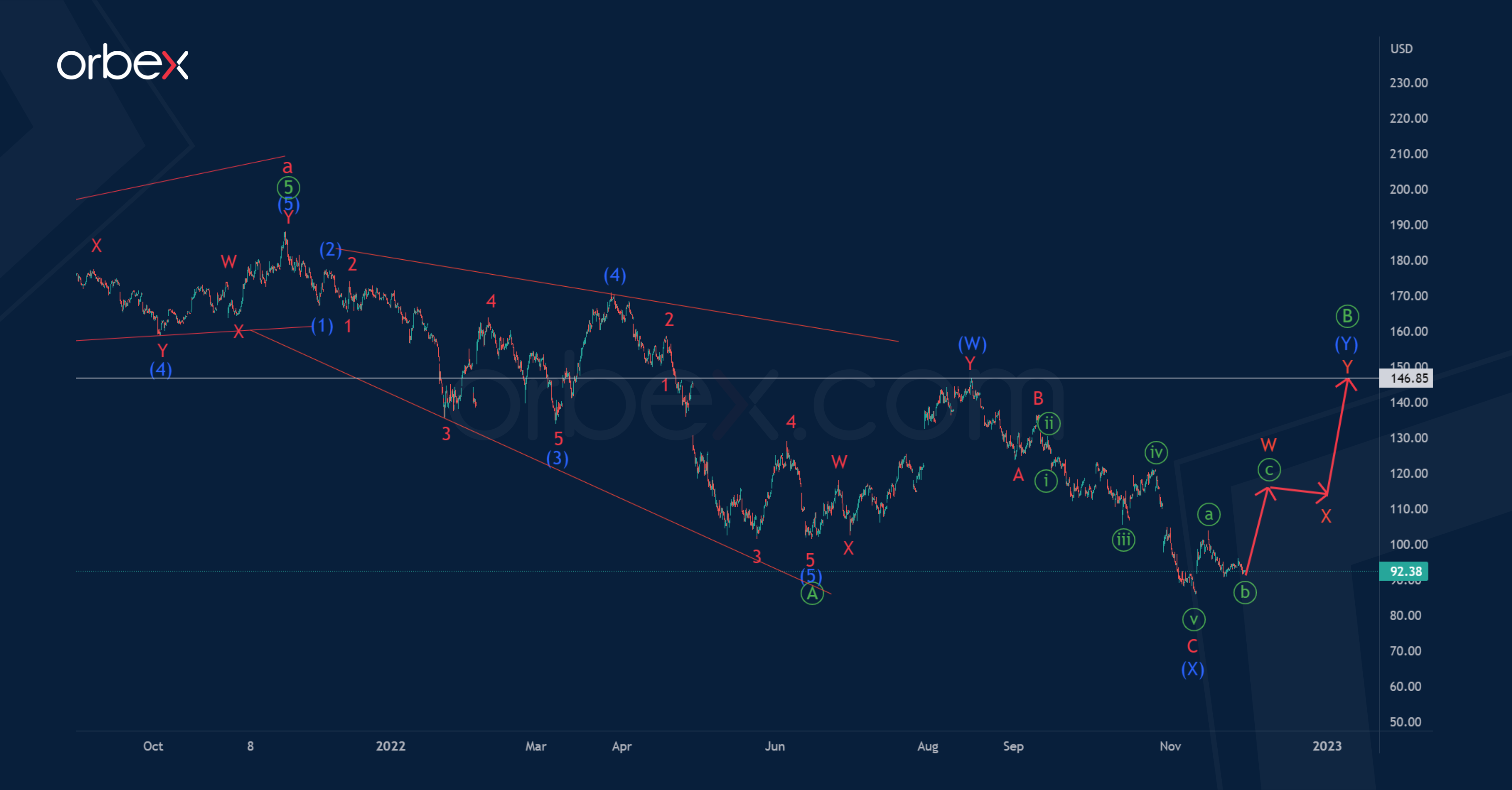 Let’s consider the second option, when the market has completed the formation of the primary wave Ⓐ. It is the same as the first scenario and has the shape of a leading diagonal (1)–(2)-(3)-(4)–(5).

In this case, in the last section of the chart, we see a price increase within the sideways correction Ⓑ.

The correction wave Ⓑ will take the form of an intermediate double three (W)-(X)-(Y). The actionary wave (W), is also a double-zigzag WX-Y of a lower degree.

How to Trade Commodities: A Comprehensive Guide for an Unusual Market

The Week Ahead – Risk taker

EURUSD – Suffering from the double-edged message of the FED

The Week Ahead – Falling inflation pops up risk assets

The Week Ahead – Risk taker