The US dollar slowly added for the third trading session, returning to levels of three weeks ago. While the published FOMC meeting minutes did not cause a sharp reaction, the FX dynamics of the past week are more indicative of the end of a corrective pullback. And we would not be surprised if the Dollar’s growth will shift to the next gear in the coming days.

The market’s primary focus has been whether there will be a 75-point rate hike next. These expectations have changed little since the futures market, as has been the case for the last week or so, is laying down a roughly 40% chance of a third consecutive such move. 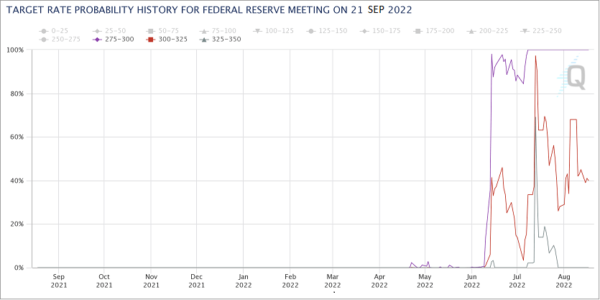 However, the central bank officials are concerned that the inflation threat could quickly return if policy tightening does not suppress expectations. So, the FOMC is in the mood to press the monetary brake pedal more firmly than the market expects. This is now roughly the same signal Powell sent in autumn 2018, resulting in a violent sell-off in the equity market.

It seems that markets are setting expectations for a lower final rate hike than the Fed. The FOMC has been using more and more channels lately to explain its view, from comments from committee members and minutes to explanatory articles in the WSJ.

It is well visible that the currency market has been taking note of these signals for at least a week now, although investors continued to push stocks up until yesterday. The currency market often goes half a step ahead of stocks, so we see the reversal of the Dollar Index to growth over the last ten days as the end of a corrective decline and the start of a new wave of dollar strength.

Apart from the Fed, there are also several fundamental factors on the Dollar’s side right now, from slowing retail sales and a collapse in the housing market to strong demand for LNG, which the US exports to Europe. These factors are reducing pressure on the Dollar through the trade balance.

At the same time, money markets are paying increasing attention to rising bond yields in the US. While the two-year US bonds most sensitive to Fed policy are trading at with 3.2% yield, compared to similar Chinese bonds at just 2.07% and German as low as 0.75%. This disposition attracts buyers to dollar securities, which further support its exchange rate. 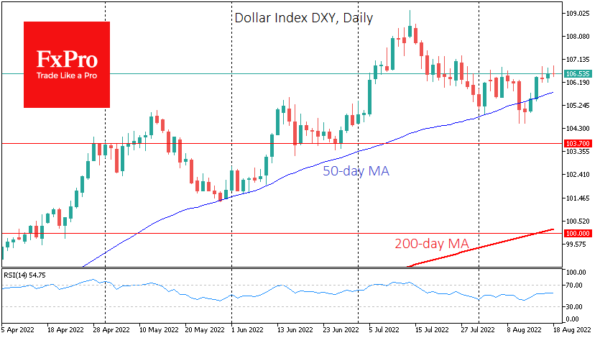 The Dollar Index has managed to quickly return above its 50-day moving average, maintaining it as support for over a year. If we are right, the Dollar could soon reach a retest of the July highs, when the DXY was above 109, and the EURUSD was down to 1.0. And with a new retest, we should expect dollar buyers to be able to push it to renew multi-year highs unless the macroeconomic situation changes drastically. 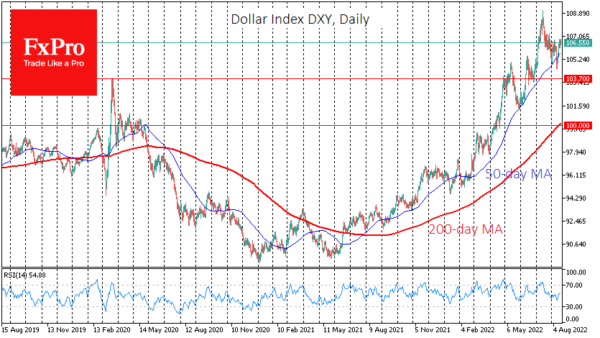